Our final trip started on the 19th, and ended early on the 20th of April.
We were EXHAUSTED from the travel.
The highlights of travel were that the food on Air France is EXCELLENT. They were very nice to us. But the plane ride was LONG!!!!! 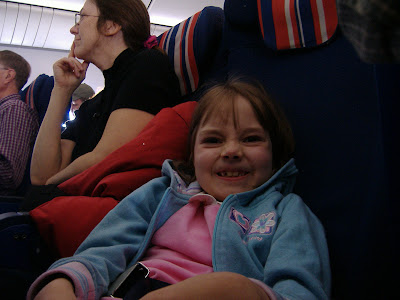 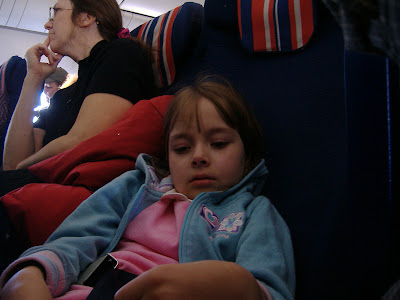 At the airport in Paris, we had to change planes, which meant we had to go through customs once again. This time, they wanted Erika to take her braces off for inspection.
I refused. So they put us in a room where a security officer could check her for bombs or explosives. She was terrified, but she was more terrified of having her braces removed.
In the orphanage, they didn't take them off much, and the first time we took them off, she wept.
I was mad at the airport security for asking. It was like saying, "Please remove your legs for inspection."
We got through, and then onto the plane of Atlanta.

When we arrived in Atlanta, there had been a security breach that day that shut the airport down, so there were MANY stranded passengers.

We had our own personal helper. He was a saint. I just know he was. He took us straight to customs (erika in a wheelchair) and then to the people we had to give the envelope to. Then, he took us to get our flight changed, and then to our gate.
It was AMAZING!
While we were in the airport, this is what we looked like: EXHAUSTED and DELIRIOUS! 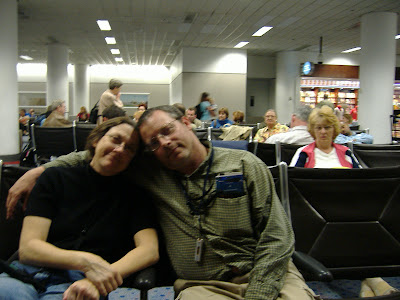 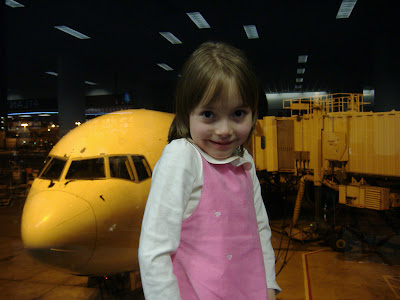 When we arrived in Dallas, we were surprised by several friends. The little girlies were there and we were so happy to be reunited!
They wasted no time with starting to play! 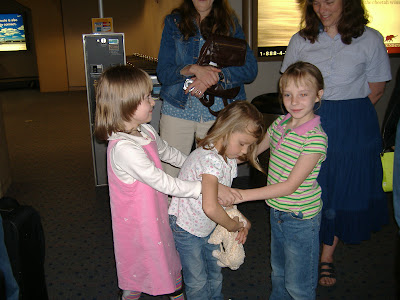 Sarah was so happy to see Erika and surprised at how big she was! 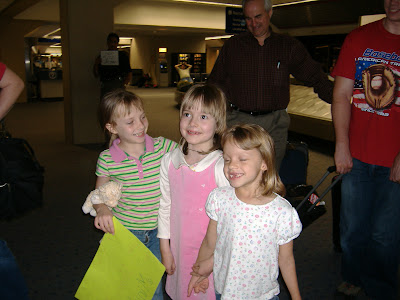 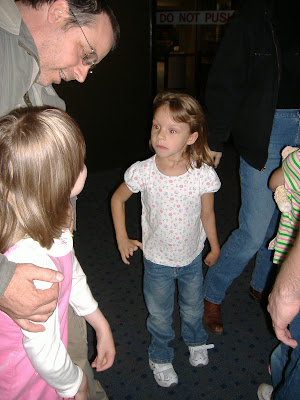 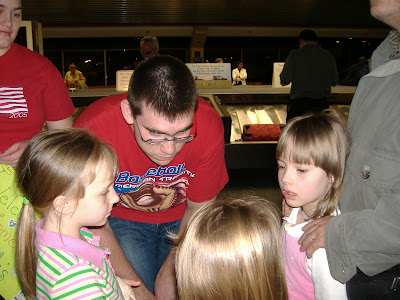 The girlies just kept checking each other out, holding hands, and just being giddy with joy! 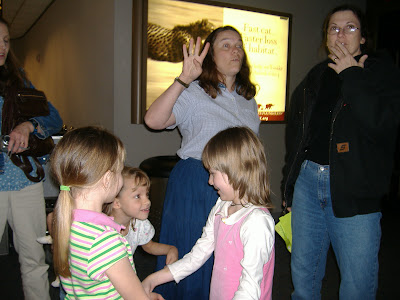 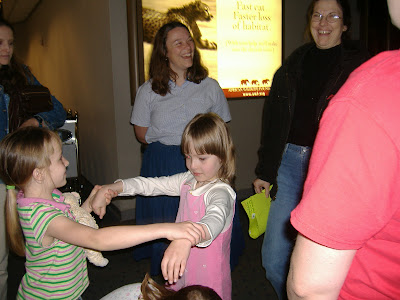 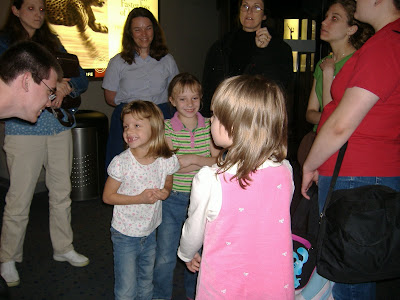 Our dear friends, the Verkler's drove us home that night. The girls sang "Jesus Loves Me" until they all fell asleep.
In the A.M. Gramma Dabba from Iowa had these special Bunnies for them to hold! 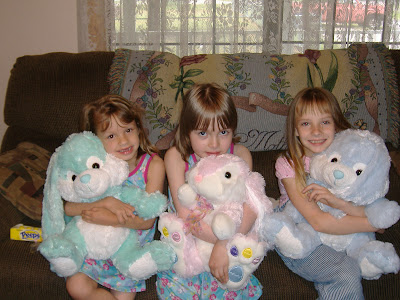 That is such a sweet story....except the part about being for bombs!
-katie

I meant except the part about being checked for bombs