Papa Dima is COMING and so is HAL! 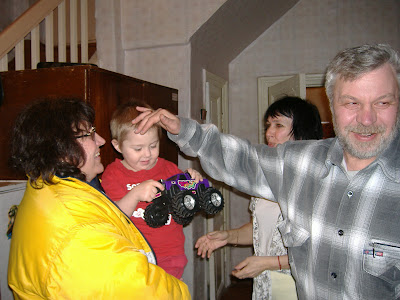 We are so excited. Papa Dima, Galya, Olga and Irra are coming to town!
Olga is in Waco and will be graduating from College next month. Tomorrow morning, Papa Dima, Galya and Irra, will have their appts at the U.S. Embassy in Kiev. They are there to get Visas into the United States. Please pray for them tonight, that they will be granted favor and allowed to come.

Papa Dima was instrumental in helping us adopt Erika. He and Galya have a wonderful ministry to the Orphans in Ukraine. Their testimony is amazing and we thoroughly enjoyed being with them while we were in Ukraine.

There are so many awesome people that God has placed in this world to help those in need. Two of the most giving people I have ever met, are Dima and Galya. They serve selflessly and outside of "pubic view". What others think, does not sway them. They have taught Sunday School in the cold when they could not go into the orphanage. They have seen hearts change, they have been to places most people will not step foot in, including the TB Hospital and Sanitarium. That is where they found our Sarah. They have seen miracles take place in the hearts of those in authority and in the children.
They have had their hearts broken and felt the triumph of seeing a changed life. The biggest thing I see in their ministry is their commitment to prayer. They are on their knees without hesitation.

We are so honored and do not deserve to have them in our home; but they are coming and we are sooooo excited to see them.

Someday, we hope to see them in UKRAINE. But for now, we will settle on Wylie Texas. 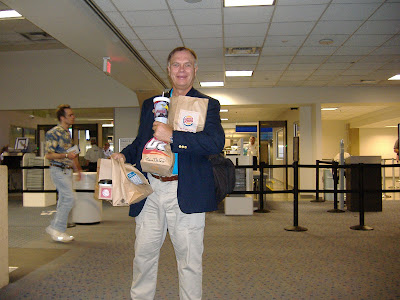 (when in TeXas buy BREAKFAST!)

Hal is coming too! Hal was also instrumental in helping us with our girls. I will never forget calling him and asking about why Sarah was having a specific nightmare about being cold. He was able to give me helpful information about conditions in the TB Sanitarium and orphanage. We understood much more, when we experienced Ukraine for ourselves, but for Sarah, we didn't go to Ukraine. We just drove to Hillsboro. :)

The first time Hal called us, I saw the caller ID. It said, "The Pentagon"! I was thinking, who in the WORLD would be calling us from the Pentagon. We had no idea what a special little girl we were adopting and how many delightful people's hearts she had touched in her short little life. Hal talked for a long time about the ministry that was unfolding and about his dear friend Dima whom he had met in Ukraine.

What a blessing to have these people in our lives.
Posted by Christie M at 9:39 AM

There's my boy!! I wish we could see Papa Dima when he is in the states! Have a great time with him.

And what a precious little boy he is!
Ya'll could hop a plane! :)

LOL! It is probably cheaper than driving. :)

Fantastic. Is there sosme way we can get to meet him also

YOU BETCHA! Exact dates we don't know yet, but I'll call you and let you know for sure. Right now, he is scheduled to speak at our church on the 18th of May.

How lovely you can stay in contact! I have such high regard for the people who helped with our adoptions. These ladies were so clearly the handmaidens of God.