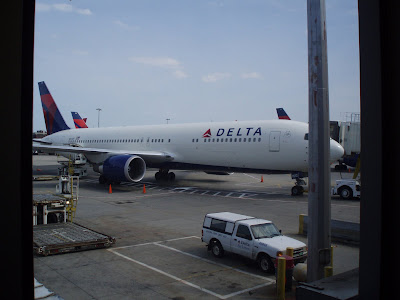 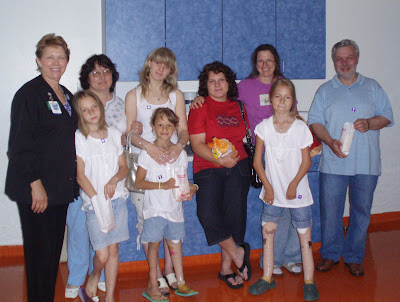 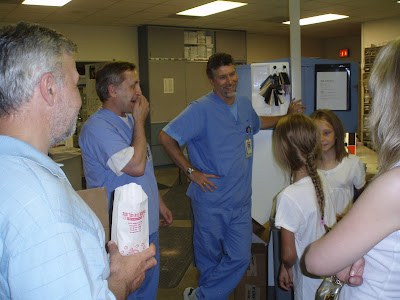 Papa Dima, Galya, Olga and Irra,
descended from the Friendly Skys on a Jet plane and landed in America. This was Irra's first trip ever to America. It was Papa Dima's and Galya's first trip to Texas.
Olga is Americanized. She is a Baylor Graduate. :)

We had a wonderful visit with them. We hosted some friends on Wednesday night and had Texas BBQ. On Thursday we went to the Scottish Rite Hospital for Children and took a tour, so they could see where the girls are getting their care. We were very fortunate that Mike, being a volunteer in Radiology on Friday's, was able to arrange a special tour through the radiology department and we were able to go into each room and see the specialized equipment. They were also able to meet the special friends who make Erika and Sarah's legs. They were greeted with big smiles and the girls were thrilled that Papa Dima could meet their prosthetists.

I will post more pictures when I have time. But the one above is a group shot in the Radiology Department. The lady on the Left is Lois, the director of Radiology. Mike took the picture, thus he isn't in it. :) The other one is of the 2 fellows that make the Girl's legs. John and Steve. They are two very special men.
Posted by Christie M at 5:16 PM

That's is really cool that they get to visit America!!!

Yes, they got to visit America. You will be able to see them at church on June 15th!

I love you sweetie.

super cool. Are they not going to church tomorrow?
-katie