Ok, last week we got an offer that was a little too good to pass up. With a slight differene in our bill, we now can get FIOS internet, which we already have, Fios phone and FIOS TV.

We have NEVER had cable television, let alone Fiber Optic anything, other than internet. So, we decided to take the plunge, after all, there will be no channels around here in February unless we convert to some sort of signal box anyway, so why not?

Now, after watching PART of just one news show, I find this on our Bulletin Board! 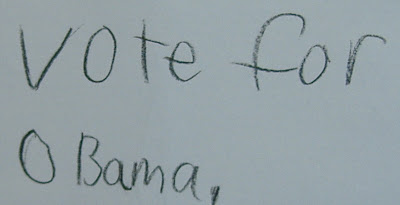 The POWER of TELEVISION~!

I have to say, I am a little annoyed with the regular TV stations. If you have cable, you can get any news and hear anything, but we were unable to hear the John McCain speech on the same channel that fully covered the DNC.... I cannot help but think that is planned. No matter your political conviction, people need to be able to have access to BOTH camps and that was not provided for the regular guy who cannot afford special programming or cable.
And THAT is politics.
Posted by Christie M at 7:37 AM

It's like everything else, you have to pick and choose what you're watching. We don't have the news on hardly at all. If it isn't the wrong message it's just depressing and children don't those influences. They have a range of shows that they know are "Mom" approved and they pretty well stick to those. But I do enjoy my cable and the variety of shows and networks.

Uncle Bob says "I feel your pain" and offers these links instead of TV:

Obama's speech and McCain's speech with transcripts that roll by along with the video. Click to jump around or back up a sentence or two to make sure you catch every detail (or lack thereof) you want.

I think CSPAN probably has good coverage (online and over their TV channel) without the chatty commentary every other channel seems compelled to inject. In the past when I've had more free time, I'd do homework and such while CSPAN ran on some important debate. Then for grins and giggles I'd watch the evening news coverage to see how they would compress two hours of debate into 30 seconds.

If you'd like some old-school campaign stuff to show the girlies, check out The Living Room Candidate which covers the history of campaign commercials. They were so much simpler way back when.

PS: Uncle Bob likes the way Bob Dole (no relation) speaks about himself the third person.

I agree Christie,` I was very annoyed with the LACK of coverege for the RNC. Instead of letting us hear what those who were speaking had to say they ( media) just interviewed themselves with their own interpertatations.
PBS was the ONLY channel that covered it in it's entirety and let you watch and listen.

Obviously, we do not have cable either :)

I agree Christie,` I was very annoyed with the LACK of coverege for the RNC. Instead of letting us hear what those who were speaking had to say they ( media) just interviewed themselves with their own interpertatations.
PBS was the ONLY channel that covered it in it's entirety and let you watch and listen.

Obviously, we do not have cable either :)

You know, I didn't even notice because we have cable. I personally loved Palin's speech.

Thanks Uncle Bob! I'll check those out.

Elayne, I bet as Christine pointed out, most people wouldn't notice because they can have access.

I loved Palin's speech too. :)

I really need to concentrate on voting records, and histories so I can make an educated vote.

Right now, I just don't know.....
HOWEVER, had McCain chosen RIDGE for a running mate, I would not have had a clear conscience in voting for him.
RIDGE is a scary guy.

Maybe Mike and I can cancel each other out, and just go get coffee! :)

i wrote that. i snuck in. my apologies. of course, lilly likes obama. she thinks palin has no substance. i dunno. i'm not that political. but, you know lilly! just like her father.