But You Did Not Dance 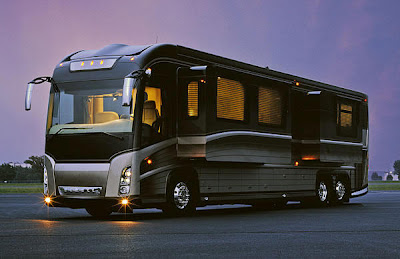 I don't put too much stock into dreams, but sometimes, just sometimes, there is a real meaning behind them.....

Since it seems sometimes that the Lord gives me dreams that have definite interpretation, and I could not get this one out of my mind.....
I decided to share:

Last night in my dream, I was driving a large RV.... I parked it, to go inside a convenience store/gas station type place. The parking lot was very small, so I was close to a busy road.
There was a high fence, and behind the fence was a house....
A man left the convenience store with a very small child. He was carrying all this junk food and cokes, and the little girl, was straggling behind him. She was not dressed well, had whispy hair, was frail and thin.
She was dangerously close to the street and he didn't notice.
He turned around and saw her and his hands were full, so he asked me if I could help him get her into his house, which was the house behind the fence.
I did.
Next, came in his wife, and another little girl, dressed in bedraggled clothing, looking rather the same as her sister.
The mother inquired as to why I was there, and her husband told her that I had helped him get his daughter in the house. She was friendly, and started to talk about what beautiful clothing she had her daughter's dressed in. She kept saying how fun it was to dress them up and make them look so beautiful. She herself was dressed well, and had herself well groomed.

I was planning to leave, but then all these women started coming in, all dressed wonderfully.
They all went to the kitchen. The lady told me that they were having a wonderful party and that is why everybody was so dressed up. She said it was her son's birthday, and they planned all his favorite foods, colors, drinks, everything..... she seemed so caught up in the party.
I asked her, "where is your son?" She replied, "Oh, he isn't here."

And then I left, feeling so odd.
I walked back to my RV, and a young man walked up to me, seeing I was struggling getting back into the vehicle. He asked me if I needed help. I said, yes, and he gladly helped me. He was a nice young man and asked if he could join me. We talked abit, a nice conversation, and then he said he had to go. He said it was his birthday and that he lived in the house behind the fence.
And then he sadly walked the other direction......

THEN.... I woke up, and this was the verse on my mind:
Matthew 11:16-17......
But to what shall I compare this generation? It is like children sitting in the market places who call out to the other children, and say, "We played the flute for you and you did not dance, we sang a dirge and you did not mourn".

I believe I understand what it means.... but before I share, what do you think?
Posted by Christie M at 7:24 AM

If you read the rest of the chapter in context, you find that this is Christ speaking to the multitudes regarding John the Baptist, whom they have imprissoned. He declares to these people that John is more than a prophet - that he was in actuality, a messanger sent to prepare the way for Christ to fulfill his mission. He then goes on to chastize these people for not listening and for misjudging a divine mission as evil.

I believe you were meant to share this dream. There is a thought that has been weighing heavily on my heart lately - one I will blog about as soon as I can really collect my thoughts well enough on it, but it has to do with "who is responsible?" Who's responsibility is to facilitate healing in our hurt children?

But telling you that is like preaching to the choir. You already know that. In fact, you are a master at it and it shows in the faces of your beautiful girls. Are there more children in store for you to help? Well, that's of course, between you and the Lord and I am confident he will reveal the answer to you in His due time. However, if it were me, I probably wouldn't winterize the RV just yet :-)

At first I thought the meaning could be about more kids, but I'm not sure.
I'm going to blog about what I feel it is about,
but honestly I'm not sure.