The girlies decided to have some sort of flower party which included a decorated banana which will be donated to the chickens for dinner. 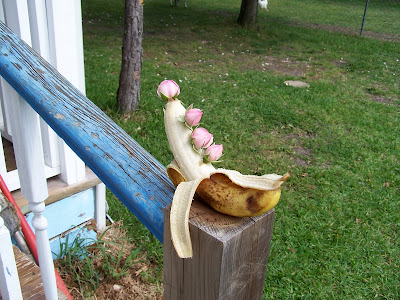 Anna said that, even though Bob the cat was a boy, he would still have to dress up. Somehow I don't think he minded that much. :) He was too busy soaking in the sun to care that he was dressed in pink and flowers. 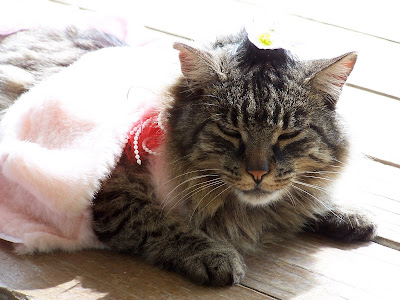 They decided for the party they would sprinkle flower petals all over the porch. 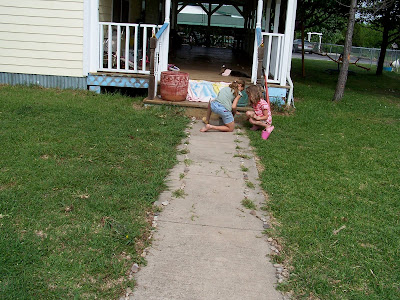 They made up a game of croquet with wiffle balls and a stick. :) 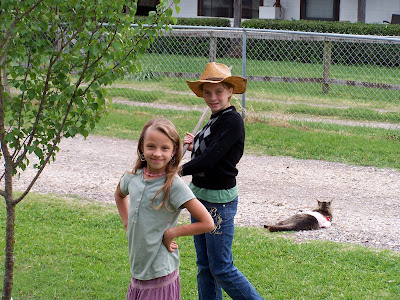 I think Anna made a hole in one.... not sure how to play made up croquet. 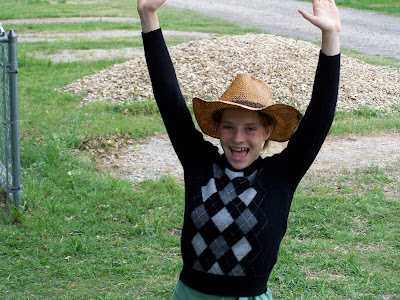 Then it was time for Tea. 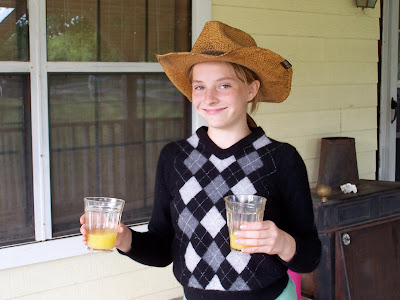 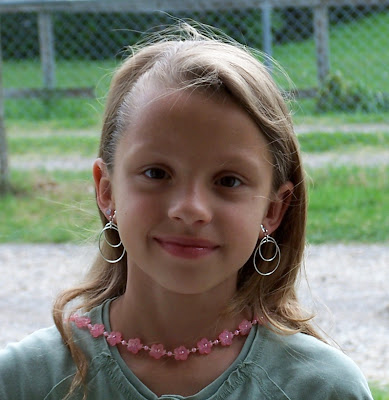 Looks like they had lots of fun.Wow am I all that?I love you soooooooooooo much.

Love the pictures. Your girls give me such hope every time I see their pictures. Hope you don't mind I linked to your attachment and therepeutic parenting posts over on my blog today.

Are you all what? :) Are you talking about my post on YOUR blog? YES, you are all that my dear, and MORE! :)

I love the flowers in the bananas decoration... very creative!

Looks like something my girls would enjoy! And, how very creative the banana decoration is! I'm sure the chickens will appreciate it although it's beauty will likely be completely lost on them. ;-)