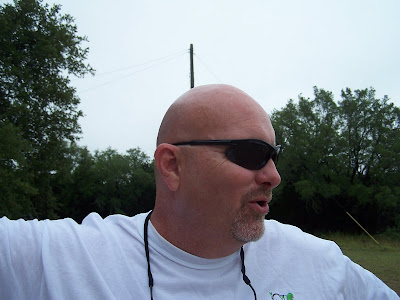 This is Robert. We met Robert 5 years ago when Sarah came into our lives. He is the guy who actually MAKES the girl's legs.
He is a "behind the scenes" sort of guy at the hospital, hidden back in a little workshop. But he knows each kid whose legs he makes and makes a point to come out and see them when they visit.

Now at CAMP.... it is a TOTALLY different story. Robert is the endless Taxi driver for all the kids, and Cabin Counselor for the boys. He is an amputee himself, but that doesn't stop him from being the guy everybody jumps on. He is a mammoth of a man, with a very tender heart. He LOVES the kids, and he LOVES camp. 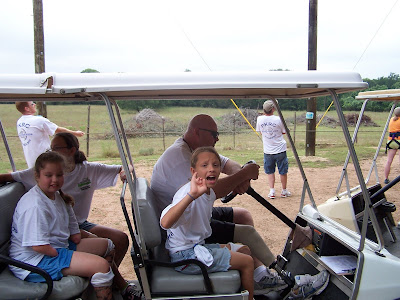 This year, he made sure to arrange for a host of pranks against all those sweet, innocent, little girls. :P The best one was the Silly string attack in the middle of nowhere. The boys were hidden when he drove by and then stopped! Of course he had a load of little girls on his taxi, and by the time the screams ended, they were all covered in a volley Silly String. :)

Erika and Sarah both said, "I LOVE Robert!" So I think after a week of being tickled, poked, jumped on, prodded, kidded,
and the famous line of "I'm not ready yet, just one more minute!", while he patiently waited outside the girl's cabin....., I couldn't think of a better person to post about.

Thanks for all the hard work Robert! 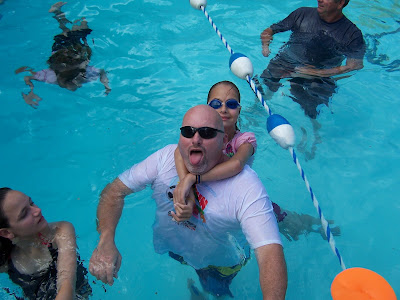