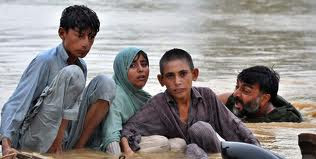 I am really tired and weary of the absolute uncaring attitudes towards those in need. We as a nation have become so distant, so turned upside down. We have hardened our hearts against the widow and orphan, the poor and needy.

I remember long ago hearing a sermon about Sodom and Gomorrah.
Of course everybody goes straight to the issue specifically mentioned in the Genesis passage that called for the destruction of Sodom and Gomorrah, but in further study, you will find in Ezekiel 16:48-50
There was more to it:

There were no righteous living in Sodom and Gomorrah, all were living lives to please themselves. They were prosperous, they had excess of food and they were prideful and haughty.
It seems America isn't much different.
I was reading responses this week to several news articles and I was appauled at the callousness of the hearts of Americans responding to the situation in Pakistan, the terrible massacres in Africa, even the little boys who were killed here in the U.S. and then the general attitude about those in need. Pakistan was compared to people who were "suffering" because they couldn't pay their debts. Really folks people are dying of disease, women are giving birth is squalid conditions, some having C sections with NO pain medicine or anesthesia at all. And we are comparing that to losing a Mc Mansion?

Have we really become that blind?

Off soap box.
Back to Family Blog.
Posted by Christie M at 5:36 PM

What has been even more shocking for me is the vile of the people who comment on the situation in Pakistan as if they deserved it for all of them being terrorists. What happened to the do not judge principle?