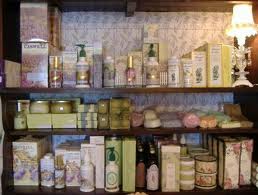 I have written about smells in earlier posts,  (there are 2 separate posts linked)

But the other day, I was once again surprised. I had used an Oil of Olay face wipe that I found sitting in my cabinet.  I haven't used those since we were in Ukraine 4 and a half years ago.  Erika came in to give me a hug and guess what she said! "Wow, that reminds me of how you smelled in Ukraine!"

Once again,  I am reminded that smells can trigger memories good or bad.....

If I were to go to adopt in Ukraine again,  I wouldn't wear my favorite perfume, because if that perfume were to cause a "negative" trigger, I would never be able to wear it again at home.  So, I'm glad the Oil of Olay isn't one of my favorite things. LOL
Now, this did not bring back a negative memory for her, just an association; but in some kids, it COULD have, and could have sent them into a downward spiral without explanation.  I'd be wondering what happened, and the whole time, what had happened was nothing but a "fragrance or smell" of  what was before.

I don't know why I'm typing this, but it might help somebody out there in preparation, or somebody who is already home.

I was surprised myself that when we returned to Ukraine, the smell in the orphanage caused me to nearly panic, and I felt like I had to throw up.  AND, we were JUST visiting!  I had to purposefully in my mind force myself not to react to how I was feeling inside.
It makes me wonder how it is for our children?  Do they feel the same way when they smell something familiar that reminds them of their orphanage life?

I remember talking with somebody a long time ago who had brought home two sons.  They were older boys who remembered their parents alcoholism.  When the boys saw that their new parents had wine in the house, they reacted very strongly. In fact one of the boys said a few choice words and said that his new mother would be just like his old mother.
Unfortunately, they were unwilling to remove the wine from their home to help their son transition.
The smell of it made him extremely angry.  What would have been the loving thing to do?
I think it would have been to show him that he was safe, they could have removed the wine.

That is why I say, don't wear your favorite fragrance.... it may cause a problem later on.  In fact, it might be a good idea, if you do wear perfume, to wear a very uncommon brand.
Just thinking out loud.  :)
Posted by Christie M at 7:29 AM

funny you should write this. just two days ago we had a similar run in with one of our kids. We occasionally drink wine but not often enough you can even remember the last time you had it. other than that we dont generally drink. We had a bottle of red wine sitting on top of the fridge collecting dust(as I wont drink red and he never got around to it) and he decided to use it in cooking and our child recognised the bottle and wanted to smell it and told us that it is very good, she said that in Ukraine her parents drank it and gave some to her. this led her to tell us horrific things about her first family. just the sight of a wine bottle triggered a flood of memories. thankfully she has enough english to communicate or it would have been a very difficult time for her being unable to express all those feelings.

Good points, though our expriences in Russia were all so good, that it never occurred to me they could be bad. Actually, my kids were even happy in their orphanages. We went into a school not long ago, housed in an old building, and as we were going up the stairwell, Sergei said appreciatively, "This smells like the interdom!" I'm glad those are good memories for them.

Both Anaastasia and ILya are very reactive to alcohol. I have had to become a teetotler, which fortunately doesn't bother me too much! I used to keep a bottle of rum around for hot-milk-and-rum for a sleepless night....but no more. As you say - what is the loving thing to do? An occasional drink is not a lot to give up to help my children feel safe.

I have PTSD from childhood trauma, and all I can say is, YES, smells can be triggering. So can textures, sounds, tastes, as well as sight... I'm glad the Olay scent wasn't triggering for her. There is a particular brand of lotion, if I see or smell it, I start to disassociate -- even now, as a "healed," complete, healthy adult. Ugh.