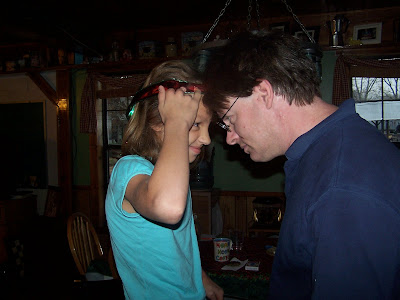 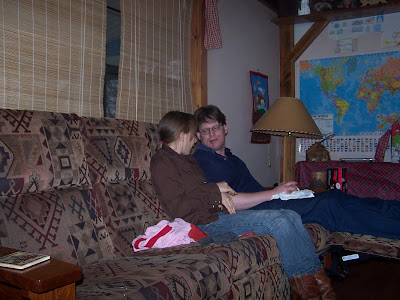 We are so happy that Uncle Bob was able to come. He arrived SAFE on Christmas eve, just in time for the tasting of the soup.... which was BAD!!!!! and I do mean BAD! Something didn't taste right, and after one taste, I felt nausea...... UH OH!  I dumped it all out.  I hate wasting, but this was a major health issue.... I still don't know what was not right, but I suspect it was the  Chicken Broth.

So, we ordered Pizza. Thank you Little Caesars for saving the evening! LOL

We stayed up late and watched Prince Caspian.  I actually went to bed before everybody else, as I had to get up early.  But early get up time didn't happen! They were all still asleep at 7:00!  Wow, that is a first.
Even Sarah, who was beside herself with excitement slept until 7:30.
I awoke in the middle of the night to put out the stockings, and then went back to bed.
It was GREAT!

We had some breakfast and then, the girls each opened gifts that they had given each other.
Mike and I both recieved some darling coupon books from the girls with tickets for foot massages, filing, washing a car, manicures, a trip to the dog pound, and go out to get a coke.
They were all decorated with stickers and colorful, loving words. Thank you girls! 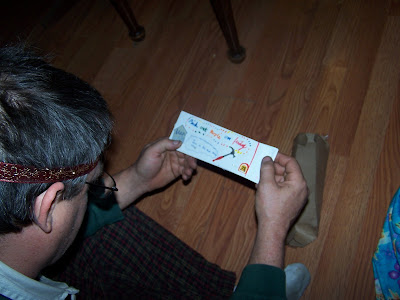 We enjoyed making a seek and find morning out of the girl's main gift. They received a video camera.
It was a small package, so we put envelopes with different clues to the next envelope and the next until it led to a wrapped  LARGE box  under the tree. It contained a word find puzzle that held the secret message of where the real present was. 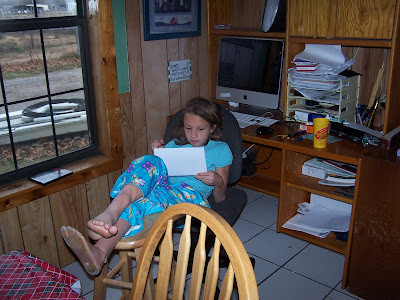 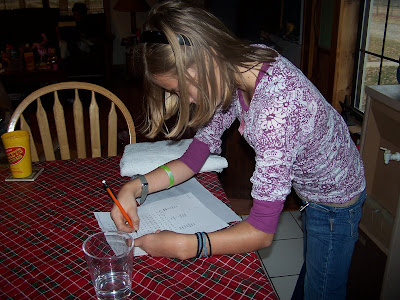 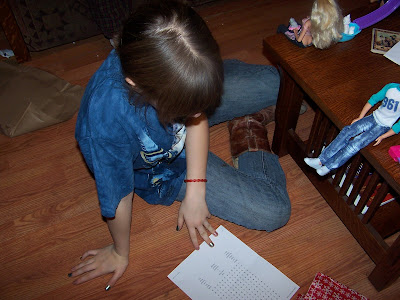 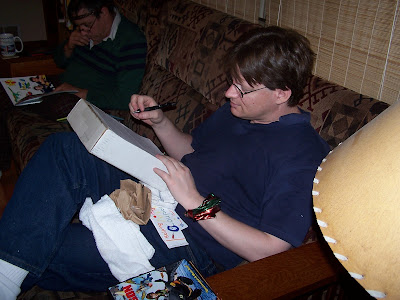 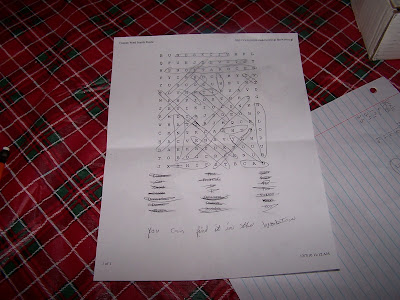 They all ran to the wood stove in our room. At first they thought it wasn't there because it was so small. We sent them back and then heard the proper "Sarah Squeal of delight".  They FOUND it! :) 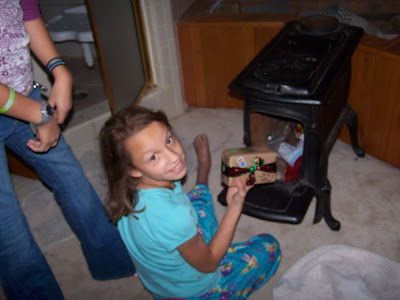 We enjoyed the Brothers spending time together and listening to the Mike and Bob Show.
How many cat jokes could they come up with?  They never stopped! :)
I loved their morning hairdoos. 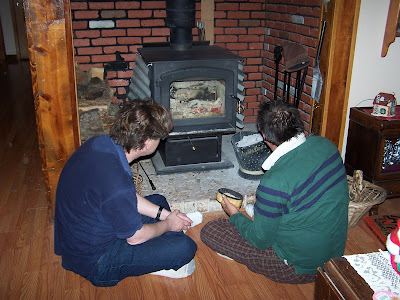 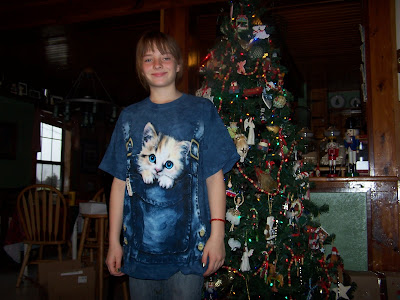 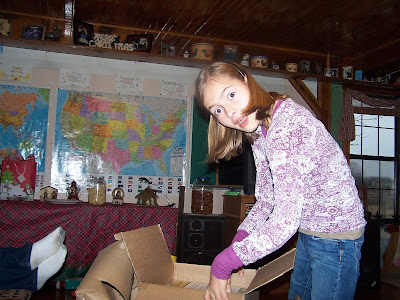 Erika was surprised with an ATM bank. 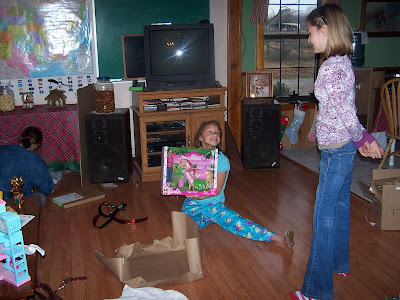 She also enjoyed giving gifts to her sisters. :)

We had a great morning.  We will have visitors tonight and we can't wait to see them all.
Time for a nap!
Merry Christmas Everybody.
Posted by Christie M at 12:33 PM

OK - I even tried to do this when you posted the photo on facebook....HOW did they get the answer from the word search?

I will have to try this...we've done the scavenger hunts, but not a puzzle at the end. I love that bit of fun.

We created the word search puzzle on a website by putting in the words we wanted.
We put in enough words that it wouldn't be obvious. We didn't tell them that they COULD have just looked at the bottom and formed a sentence.
(my mistake) :)

So, they had to fit words together until it formed the right sentence and then hunted their gift down.

It was fun. While we were watching them, my husband's mind was churning and saying oh do I have more ideas for next year!