When Your Head Knows What To Do 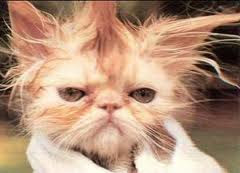 When your head knows what to do and you don't do it, what is that called?

I call it Blowing It!

Today, wasn't too much different from most days, though 2 of our nameless, nap taking children, just fell into a pit.....
Not a real pit, but a pit of behaviors that are totally unacceptable around here. Let's just say they got a case of the "snottys".

I probably COULD have diverted, redirected, ignored, accepted a half hearted apology...... but no. I didn't.
I indulged myself. I admit, I was caught of guard. Our morning went great. What could happen by just walking out the door to go shopping? Isn't that supposed to be fun?

Instead, I allowed my hurt feelings to show. Then, I got bossy.  Then, I got unhappy..... and then,  when we returned home,
I started crying.
It is a RARE thing for me to do this, so it caught Mike's attention. I overheard him come in the house and ask the girls, "What did you do to mom?"  Since there was no sufficient answer... he came in and asked, "who"..... I told him Erika was innocent.  The other two, who shall not be named were asked a few questions and then sent to separate rooms to think of some answers.

Gosh, I feel better.  Not totally better, but way better than I did earlier today.  Sometimes a good cry isn't so bad. I think what really made me feel better was Mike stepping in and in a very good, kind, yet firm way, letting two little girls know their behavior effects everybody, and it was NOT ok.

We were supposed to go to a special event tonight, but instead, Mike and Erika will be going to the movies.  It is a daddy - daughter date which is much deserved.
The other 2 darlings will be staying home with mom, not because they are in trouble, but because we aren't going to our event,  which was obviously going to be too overwhelming, and we don't want to overwhelm them.

I probably could have handled things very differently early on, and just gone home from our attempted shopping trip early. That is my normal policy, and I broke it.  Instead I tried to make things work, and it was like trying to put a square peg in a round hole.  I won't be doing that again. Way too much stress for me.

I'm sure we will all be back to normal by morning as these bumps seem to occur, as none of us are perfect.....and sin natures are alive and well. :)  I was hoping to attend that event, but there will be other events to attend, and honestly, I am really happy that Erika and Dad get to go and have a great time together.
Posted by Christie M at 1:52 PM

Well, it appears the Daddy Daughter date has been put on hold due to upcoming inclement weather. Had to get the goat sheds ready, chicken coop ready and the boat cover replaced.
But it is gonna be FUN! Snow! YES!

I think shopping can bring even pretty regulated mothers and daughters to crises. I remember feeling that way with MY mom, and having the same situations arise with my older bio daughter. There are money issues, modesty issues, and self-image issues (for both mom and daughter) inherent in shopping, and when you add to that the "am I worth having anything nice?" issues that some of our children have - well, it is a wonder shopping EVER goes well.