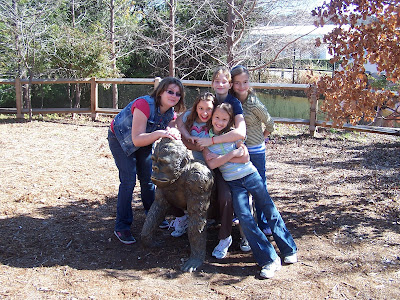 Yep, we went to the zoo again! Today we brought 2 guests; Jana and Marion.  We had a blast. It was everybody else's idea in the Dallas area to go to the zoo too! I guess the 76 degree weather, with sunny skys made the decision!
Today, our high light was watching a VERY large snake eat a VERY LARGE Rabbit! It took about 3o minutes from beginning to end.   Wow! That was an amazing thing to watch.  I am really thankful that we have such a nice zoo.  The Dallas zoo has improved so much over the years.

Their new Wilds of Africa Exhibit is so cool! Today the giraffes were so fun to see. We even got to feed them! Jana let out an EWWWWEEEEE!!!! when one of them licked her shirt. LOL 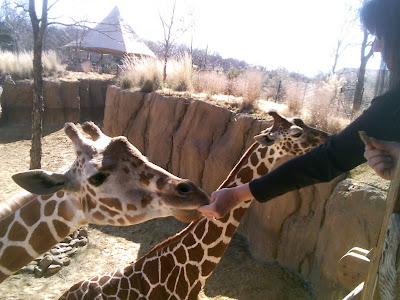 That is me feeding a giraffe. They really are gentle creatures. 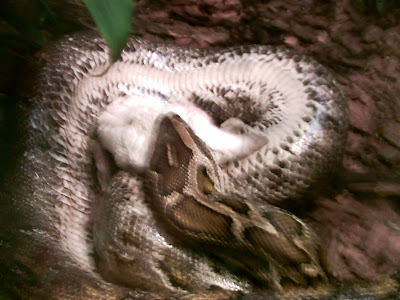 This picture isn't that clear, but this is a VERY large Python eating a rabbit!
It was really cool to watch. Unfortunately, I THOUGHT I had my video going
but I didn't. It was all blank.   However, being so close to something so large
eating that rabbit was amazing.   The last 2 trips to the zoo have been great when looking at snakes.
In over 20 years, we have only seen them move the last 2 times we were there, and this time both large Pythons were feeding.  WOW! 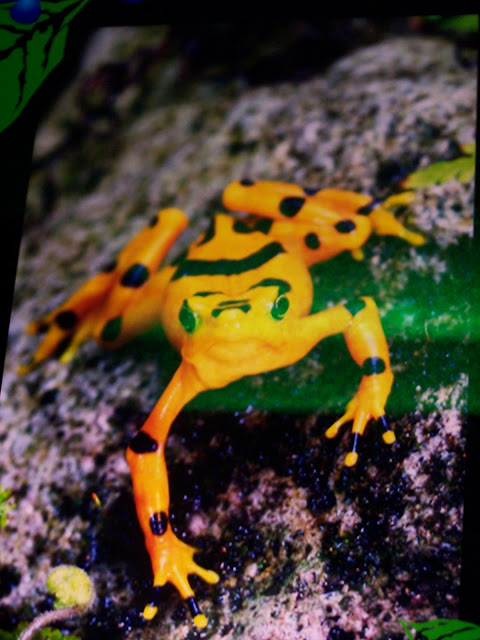 Anna took this picture.... I like how this guy is staring right at her! :)

I love giraffes! They are so funny and friendly most of the time.

The cute fellow is really cute. I love frogs, by the way. :D Good job, Anna, taking that photo!

I agree I love giraffes too! God is good isn't he? I love the beauty he creates for us to enjoy:) I try to blog about that as well so check my blog out if you have a chance some time: www.theradiantworldofwhimz.blogspot.com
THanks:)