Retaking What Was Lost

I posted in a previous blog post When Trigger's Get Triggered

about how we were caught off guard by an unknown trigger.  Looking back, I should have caught it, but I didn't.
The short of it is.... Alli had been promised to go to Chuck E. Cheese a while back. (2 families ago
with respite care inbetween...).. On the day she was supposed to go, instead, her family picked her up from respite care and took her to a psych unit for evaluation.
She was devastated.
So, we had planned to go to Chuck E. Cheese, but I Found a better deal on what I thought was a better place..... she was profoundly disappointed about once again, not going to Chuck E. Cheese.
The reasoning doesn't matter. It was all about bad memories and broken promises.
Both Mike and I , and De, a faithful reader were all on the same page.... she needed to go to Chuck E. Cheese, to recreate a memory and write over the bad one.
Now, we typically do not indulge the kids.... at all!  But this was a little different. We considered it cheap therapy. LOL 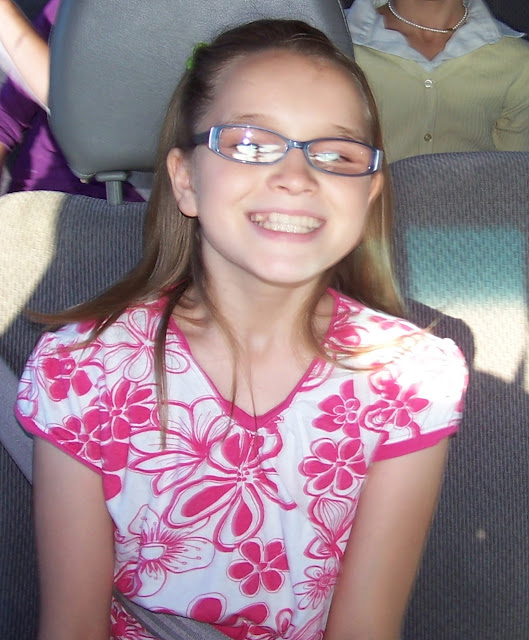 Now, we have this tradition, that at some point, we all go for a secret car ride, and one child tells us where to turn and how to drive, but they don't know where we are going.  (Alli knew we were going, but the other girls didn't)
So, it was Alli's turn to tell us how to drive. She was very nervous because she thought for sure she would make us go to Oklahoma! LOL
We set off on our adventure. The other girls were convinced we were headed to a theatre.... which is a rare event.
Instead we would say, "Should we turn left or go straight. If she      picked the wrong  way, we'd reword the question.... Should be go STRAIGHT or turn left?..... then, she'd get it right.
We took the back roads to Chuck E. Cheese so nobody would know until we got there.
Oh MY! You should have heard the excitement.... and Alli was shocked she was able to get us there! LOL
And this is what happened..... A VERY THANKFUL little girl had a WONDERFUL time. She soaked in the moment, every moment and even cheered on her sisters when they were doing well at a game.
I was so proud of her. 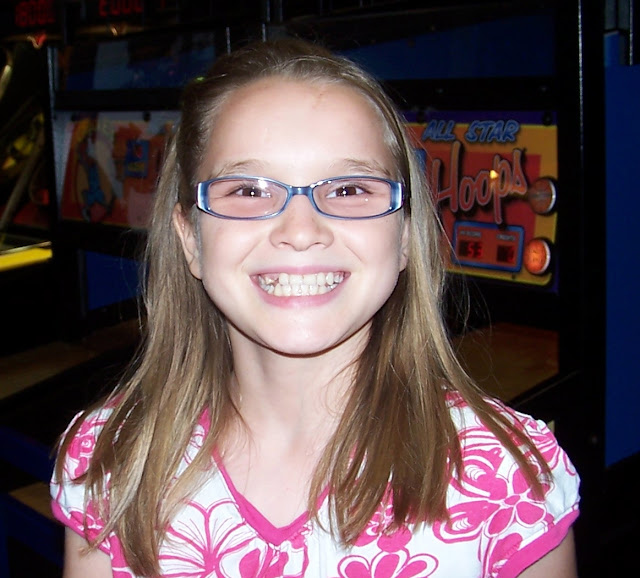 The entire evening went fabulous, and each of the girls had a super time. They were shocked, because we just don't go out that much. :)
When we got home, before bedtime, Daddy led the girls in a prayer of thankfulness and each person was allowed to pray outloud.
Alli prayed twice.  The first time, she said, "Thank you that my parents took me to Chuck E. Cheese and that they are honest and keep their word."  The second time, it was about how thankful she was for her family......
I think we made the right decision.  And hopefully, her older bad memory will be written over with her new memory.
What a wonderful evening.
Posted by Christie M at 9:28 PM

BTW- we found a really good coupon on line!

This warmed my heart.

I've only been reading a short time and have never commented. I have no clue what you deal with in your family and I wouldn't dare to guess since I have no experience.

But, this...this grabbed my heart. Indulging kids is far different than helping them heal and I am beyond impressed (although I shouldn't be because in any case it shouldn't be so 'rare') that you saw the difference from her perspective and did what she needed.

A new, good memory indeed, not to mention a very tangible way for her - and you all - to make your family even stronger.

Tia, thank you for your kind words, and for commenting. :)
You are so right it should NOT be rare to see the difference. But sadly, there are those that have a "just deal with it" mentality, leaving children who cannot "just deal with it" in a cycle of failure.

Alli is new to our home. (3 months)
Our other girls have been home longer.
7,6, and 5 years. We went through many of the same things with them, due to extreme neglect, abuse and abandonment, as well as international issues.
(language)
I can see that MANY of Alli's behaviors have much more to do with misunderstanding/language barriers than anything. She is very tender hearted and gets hurt easily. She has is learning to develop a little thicker of a skin, but it will be a while, I'm sure. I am amazed that she has come so far in 3 months.
The Lord is good !

Considering how much I dislike Chuck E Cheese and we always drive the long way around it near my parents house so ds has not figured out how close he is to one, I also think in this instance you did the right thing. It was not an indulgence in this case.

I genuinely was going to say (with emphasis) "You're so RAD!" but then I realized that could also stand for something LOL. So, You're so AWESOME! :)

What a touching story....and particularly that you understand the pain she experienced before. Good heavens, that poor little girl.