THESE WERE A FEW OF MY FAVORITE THINGS......

Well, I only have a picture of one of them.....  but I have had a few of my favorite things broken over the last few years......  This one was especially hard.... it was my great grandmother's pitcher, passed down to my mom, then to me and it was supposed to go to Anna.
We used it over the 4th of July when we had company to make Iced tea.  I didn't get it put back into the cabinet where it is stored and today, Erika decided to make iced tea.  She poured boiling water directly into the  pitcher and cracked it terribly. :( 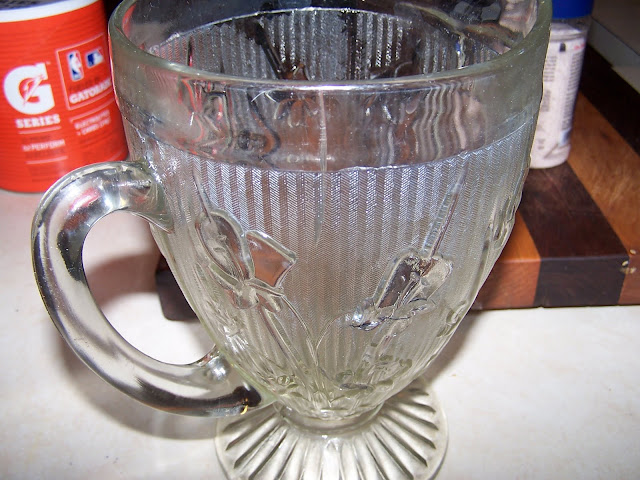 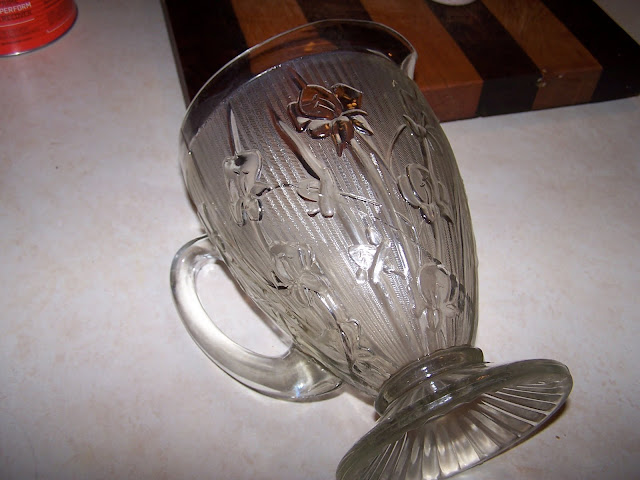 You may not be able to see it very well, but this pitcher can no longer hold iced tea. It is now retired forever.   Alli offered to bury it in the back yard.... but I told her it wouldn't be necessary. LOL

The thing is..... it is just a thing. Yes it has history.  YES she SHOULD have been more careful and Erika, should  have asked first..... but that has never come up before.  I never even thought about making a rule about it...... so it really wasn't her fault. The girlies are getting older and it is no problem for them to make Iced tea.....
SO, this is what REALLY makes me proud and GLAD it happened.....

Erika and Alli came to me and told me exactly what happened. They know that this pitcher is special, and they told the truth, the whole truth and nothing but the truth.
It was MY turn to show them mercy and grace even though my precious pitcher is no longer useable.

They said they felt badly and asked about the pitcher's history.  I told them I was a little sad, but things are things and are not important like people are.  And then I praised both of them for being honest. I asked if they were ok, if anybody had been cut or hurt by hot water and we shared a hug.

I really did like my pitcher.  It will have to rest in peace....it had a LONG life and served us well.
Maybe we should bury it. LOL

Well done girls! It is quite scary when glass cracks because it has boiling water poured into it. I'm sad to hear your pitcher was broken Christie. There are a lot of similar ones on ebay, I bet there are a few in thrift shops too. Maybe the girls will surprise you with a new one. That would carry on the history of the old pitcher.

Could it still be used for display somehow? I was thinking maybe dried flowers or something. Only because it is such a sentimental piece. :) You are a good mama, modeling grace like that.

Yeah for the girlies! Yeah for mama. The pitcher will now make a lovely vase for silk flowers.

I think I might try to find a new pitcher that looks special like this one.... but is a better buy than that.

Mary Grace, I have seriously thought of letting them bury it, but it still looks pretty cool in the cabinet. :)

Don't you DARE bury that! If you don't want it broken, I'll take it! (I'm sure you want it broken/repaired because that's what you do.)

Now, I have a few things broken and damaged and NOT by accident....but I still have to remember - they are only THINGS.