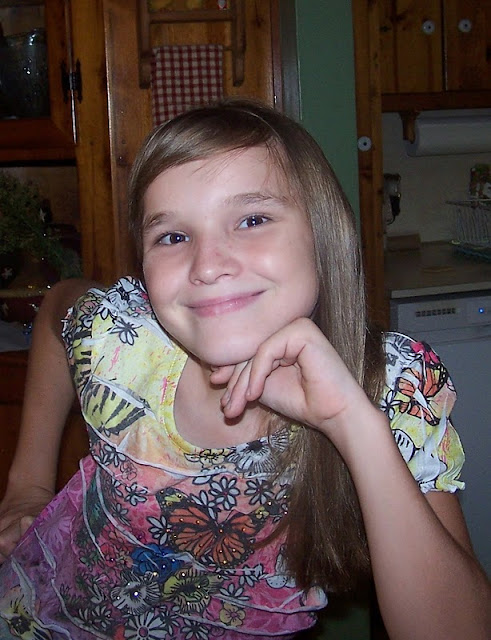 I wrote earlier this month about "The Unseen Clock".
I am going to extrapolate a little more on this issue as it is relevant in our family right now. :)

I just want to say, I am learning so much right now about trusting in my Lord.  I have been called again and again to my knees to seek wisdom, and I believe the Lord has heard my prayers and granted me what I have needed to parent our sweet little Alli.

Alli is the youngest child in our family. She has been home a little over 6 months. She is also the oldest child we have adopted. She was adopted at 11 years old.  Much of her life has been a mix of abuse, neglect and family changes.
For those who do not think adoption dissolution/disruption effects children who are unattached or RAD, and they are just resillient and don't care..... I will say, It DOES effect them deeply, and They ARE resillient and they DO care DEEPLY. :)

I am starting to believe that children who are considered RAD, are actually very sensitive children who lash out when they think they are going to be rejected or hurt once again. They try to reject because the pain of being loved and then losing that love is just too great for them to bear. I do realize I am making a broad generalization that may not fit others who have children with mental illness.... but I am speaking from my own experience with 2 children who were determined RAD, 1 with attachment issues, one from Eastern Europe who has had almost no issues and 4 bio sons who were abandoned and rejected by their bio father and then adopted by Mike.
Yes our son Joseph, would have been considered RAD when he was little and he fits the very M.O. I am portraying.
Each and every time we respond in a negative way towards our hurting children, such as being impatient, that is another brick that seals them in a personal hell that they can't understand and are to confused to get out of.

When they think we do not understand them, and ESPECIALLY when we ASSUME how they are feeling or the REASON BEHIND something they have done, they feel betrayed and unloved. (That is one of the reasons I DO NOT believe that children are manipulating, but very may well be trying to control out of sheer fear.)
Many things are interpreted in their hearts all day long in a maze of reasoning that We as regular old mom and dad or sister and brother do not get.

One of the most important pieces of information I have ever come across in regards to confusing behaviors has been about the internal clock that our kids have regarding trauma.  When that timer goes off, they may be interpreting EVERYTHING based upon a feeling they had years ago that they cannot understand.
One of the great things about adopting an older child, is she can tell us a LOT. :) She has a very good and acute memory.  That can also be hard on her because she has a LOT to remember.... or forget!
She won't forget.  We just need to make new memories, especially during those times that the alarm has sounded. :)

I always get a little nervous writing about this stuff, as I don't want my readers to interpret that we are always having issues. We are not.  Most of the time we are sailing in fairly smooth waters. And then BAM... it gets rather choppy.  I don't like the choppy.  But that is where healing takes place.

We have all gotten into a pretty good routine around here.  Today was a really great day.... and then suddenly.... it wasn't.  Miss Alli became defensive about not wanting to drill with her sisters for science.  She sat in the hallway and began to mourn.  You don't treat me the same as you do my sisters. You love them more than me. They don't like me anymore. They used to play with me and now they don't.  They don't play with toys anymore.... I am over my cold... and then, when I tried to talk to her, I was met with a brick.  WHY?

The WHY is, because I was not listening. I was getting ready to prepare an accurate and true defense and that is not what she needed IN that MOMENT.  She needed me to hear her heart and fears.

She didn't decide. So I decided for her. She would stay with me, and I would take the girls to their play date and drop them off.  My friend Deanne is SO understanding when it comes to my quirky parenting. :)  Thanks Deanne. :)

When we were on our way to the play date, I saw my precious Sarah  smile at Alli and then put her arm around her and give her a huge hug. Alli started to weep.

Alli was sobbing by the time we drove off. She really needed some calm time.  I shocked her by not taking her home and putting her in her room or forcing her to talk to me.....
I had been praying all along and Grace and Mercy came to mind.  God is so gracious and merciful to me, a sinner, and I STILL SIN.... and HE STILL forgives.

So, we drove to the Sonic drive in and I bought her a coke. (I'm not supposed to be having coke, but I did.... and it was GOOD!) :)
I didn't have to say anything.  I was in a state of listening and she poured her heart out.

Her first question:  Am I leaving?
NO! You are NEVER leaving.  We love you.  It seems like it is time, because last time, I had a cold. (she did) And I had a cold at the first family, and I also had a cold when I went to the orphanage. (I checked her paperwork and it was true)  "And I remember my nose hurt from blowing it!"  And my nose hurts now from blowing it.... and it hurt when you came  to get me..... and her FLAWED logic flowed from her like the best of algebraic equations.  The problem was, her hypothesis was flawed.
She actually said, "Everytime I get a cold and sore nose, I have to leave."
Now I can see why she would think this! LOL

All I could do was hug her and reassure her.
And then came the next statement.  "The other family didn't want me anymore. (the first one) They only wanted my sister really. They told me that."

I threw up another emergency prayer and waited a minute..... and then the words came.....
"Alli, We chose YOU.  When we got the call for you.... it was all about YOU and nobody else... We CHOSE TO LOVE YOU!"  And the tears of healing flowed.

And then the issue of sisters who don't play with toys anymore came up.  I was able to share my own experiences of being the little sister with sisters who no longer played with toys. It wasn't because they didn't want to play with ME, but because they are getting older. That's all.
I mentioned to her Sarah's sweet hug and she smiled and said, "It made me feel good and I started to cry and I don't know why."
Maybe it is because she is experiencing genuine love. :)

I think her feelings about the girls not playing much were valid.  They do need to consider playing Barbies with their little sister. :) It is OK to play, even if you think you are too old. :) That sort of kindness can go a long way.

Alli and I wandered into a really cool store and looked at some things as we continued to talk. And then we headed back to the play date. She seemed happy and calm....
At that time, I addressed the issue of not joining us for science.
"Mom, I'm really sorry.  I'll try harder."
I told her, "Sweetie, when you are fearing you are going to leave, you are going to HAVE to FIGHT IT! Fight it with ALL YOUR MIGHT.... when the enemy whispers in your ear, "They don't love you, or you're leaving", say it ISN'T SO! Because it ISN'T!

Today, we came a little closer to our sweet baby  knowing she is here forever.  The REAL forever.
6 months is not long.  She has TRULY come so far. I know I say that alot, but it is TRUE. :)

Her final question to me was: "Who's fault was it that I had to go to the orphanage? My mother's or my father's?  What heart wrenching discussions.
You know, I can't even remember how I answered that.... but she was in a secure place emotionally when we went swimming. :) 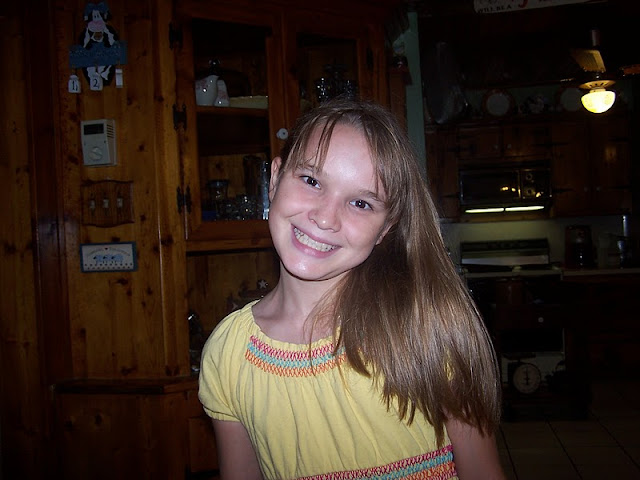 Guess she probably has the same question Joseph did one day..."mama what is love?"
Ummm, you are living with us almost a year and needed to ask...(I didn't say that) Did we fail or does he just need to see it a whole lot longer...

He, thankfully, had much more stability in his past than your Allie.

An update for tonight:
We have had a wonderful night. Our family ritual is to each say something we are thankful for and then daddy ends with praying for the food.
Tonight, Daddy asked Alli to step into the middle of our circle as we all held hands. He then said; Instead of praying from youngest to oldest, Mom will start, then oldest to youngest except Alli... Then daddy would pray, and then Alli.
I started with giving thanks to the Lord for Alli being my daughter, and each of the girls caught on right away and each expressed their love for her and thankfulness that she is their sister, and then daddy did the same. When it was Alli's turn she sounded very emotional and thanked the Lord for her mom and dad and sisters and thanked Him for how special her family is. And then daddy thanked the Lord for the food.

I think that was very powerful for her. :)

Awesome. You are loved Alli, trust that you are.

I wish you had been my adoptive mother.

I'll just be your cyber mom. Now be sure and brush your teeth! :P

With all due respect,
Mary Grace