Alli and the Hair Bow

Just the other day, Alli told us this hilarious story about getting her picture taken at the orphanage. She said they wanted to put a bow in her hair and she didn't want one. She said they had to chase her down and corner her. LOL
Through a series of communications, I asked a person I met through an email communication who works with "The Light House Project", if she had any early pictures of Alli.  SHE DID!
I am posting just a part of it,  as her brother and sister are not with her anymore. :( 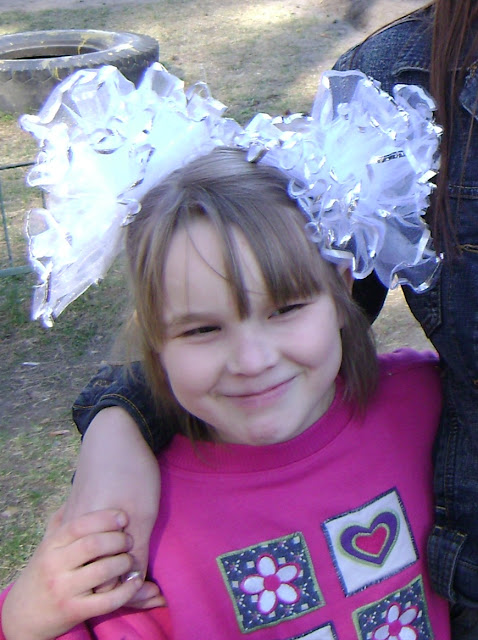 I think I would have ran too!
And here is her response when I showed her the picture I found. :) 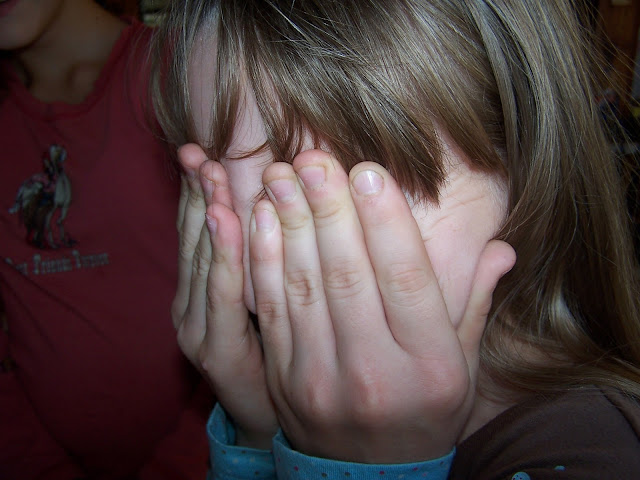 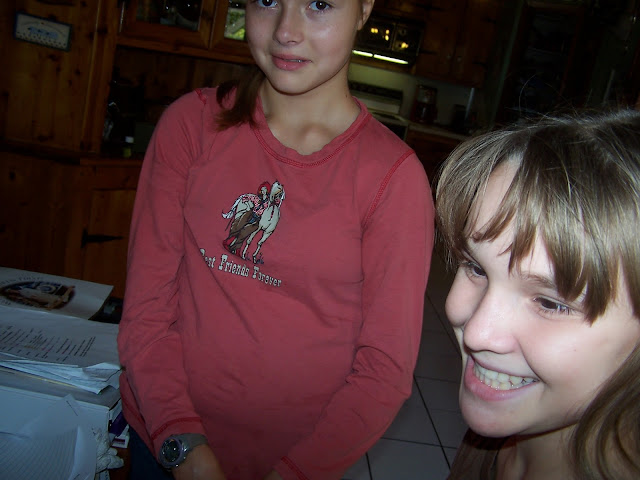 And then she adored it and said, "I remember having that picture taken!"  She was so thankful to have a picture of herself with her brother and sister. :)
Posted by Christie M at 12:36 PM

Oh, my heart hurts for Alli... I guess her brother and sister "got lost" before you came into the picture? Were they all adopted together, and then only Alli's adoption was disrupted - or was hers disrupted again later on? I can't remember though I think you have written about it before. Does she have any contact with her bio siblings now - or it's best not to, maybe?

What a treasure for you to have that early picture of her! I'm happy that she too could find joy in having the picture despite her disliking the bow :-) I like those Eastern European bows - maybe I'm just nuts :-)

Milena, they were adopted together. The other family at this time does not want any contact. We are praying that at some point they will be able to write to each other or see each other.
It may have to wait until later, I don't know. :(

It is sad for her. But she is looking forward too, and not dwelling on the past.
I am sure at some time in her life, she will see them again.

Alli was disrupted twice, with respite care in there also. She had several moves before us. :(
I hurt for her too.
But I also rejoice that she is home and doing Fantastic!
Our Post placement report meeting is on Saturday. :) We have LOADS to report. :)

Cute! If you had not posted a name with this photo, I would have thought this was Lillian...probably, lol. Yes, I know Lillian has darker brown hair, but I never would have guessed Alli.

So glad you got a photo of Alli at a younger age! And, I hope and pray that God will soften the heart of the original adoptive family...and embolden them...to do the right thing by this sibling group. What a blessing that Alli has the maturity and the faith to move forward in life, despite her separation from her bio siblings. No doubt, she KNOWS that she is well blessed being placed in the Minich family! I pray that Alli's hope of re-establishing some resemblance of a relationship with her siblings will become a reality in God's timing.

The sort of pre-adoption training I'd like to see done is that which would help parents understand connection, and the need to parent in new and different ways. I feel so badly for Alli - it is hard to understand how she could have faced that much rejection. But, I feel the same about Maxim.

Hahah! That sure is one huge bow! Add me to the list of people who would have run the other way if someone tried to put that on my head! Yikes!

Annie, you are so right. Future parents NEED to be told that it is a SHOCK to the children to come over here. It is a shock to them on so many levels, and they EASILY get overwhelmed. They are frightened and completely at your mercy. They perceive most things as threats to their safety. Oh wow, do I feel a blog post coming on!

People need to be prepared for a realistic one or two years of havoc, sometimes longer. You are BLESSED if it is shorter. But they need to learn and PRACTICE what to do and have things ready for the adjustment phase.

I honestly do not believe that Alli's family brought her over with the intention of disruption. I don't think ANY family does.
I DO however believe that with the right training, disruption would be GREATLY reduced.

I just love Alli. Blessings on her.

I think is kinda of a Eastern Europe Paranoia. When I first went in Hungary and Yugoslavia in 1985 I was 10 and shocked by the size of the girls' hair bows.They were double the size of their head, and usually ginormous... Poor Alli, tell her I feel her pain...
So comic anyway!!!

Alli was such a cute little bug (well, still is)! Anyways, that bow is twice the size of her head! Hilarious!

Tell her when I was a little girl, my great aunt used to make me wear these giant, hand-made crocheted lace collars. Sort of like her bow, but all the way around my neck, like a clown. On top of my t-shirt or sweatshirt, whatever I was already wearing... the lace collar on top! When I would get one (for birthday AND Christmas), I had to put it on and parade it around all day. :P