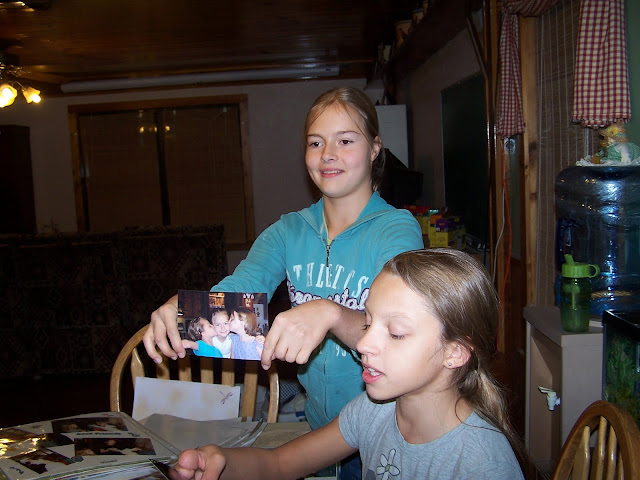 Anna started the ball rolling by making some scrap booking efforts this week. She down loaded a Family Tree to put in her book.  Last night she was wanting to fill it out and she came to me perplexed.  "Mom, I don't know what to put!"
I didn't want to be presumptious, so I said, "You put your mom's name here, your dad's name here...and she said, 'Does it have to be my blood relative? I don't know them?  I said, "Sweetie, do you want to put their names? It is ok if you do! She said, not really, I just don't know what I'm allowed to put!
She was trying to be really HONEST!  She didn't want to put something that wasn't true.
So I explained to her on the Minich family website, she was GRAFTED right in, as are her sisters. Adoption is just as IF you had the same blood~!
So she went ahead and filled it out with our family. I asked her later if she was ok, to make sure, and she reassured me that all was fine. She just wasn't sure what to do. :)
After that, she started on her actual photos. I was so touched that she made a page for EACH of her sisters and said such kind things about each of them.  She said, "Alli is a GREAT little sister!" :) She had very kind things to say about Erika and Sarah.
So, when she and daddy went out tonight for their daddy daughter time, I suggested to the other girls they could do some scrap booking.  They were so excited!  This is a favorite thing for them during the colder months. It gets dark outside early, so they wanted something to do. 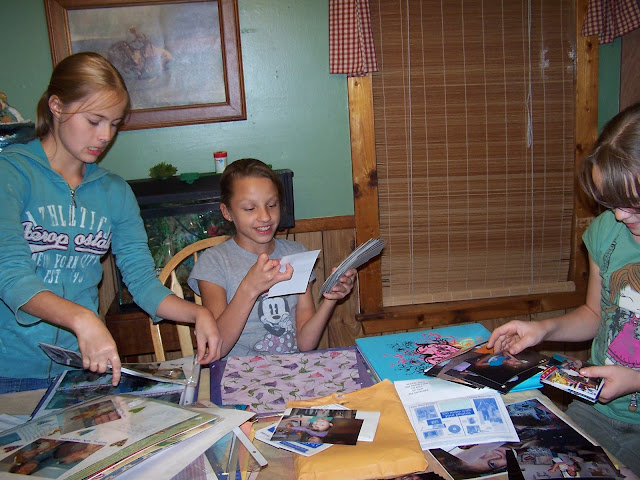 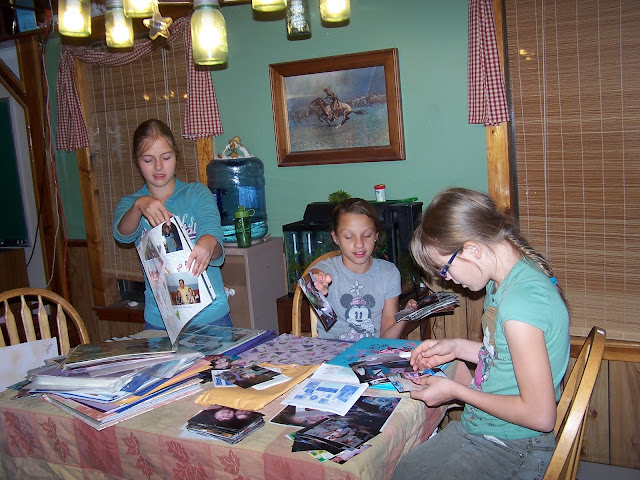 They were having so much fun looking through photos I had ordered a couple of months ago.  Sarah said, "I can't wait until we all grow up and these photos will be like, "Old!" and we'll all remember them! It will be so fun!
It was interesting watching them make their pages. They did a really great job. :)

I love to scrapbook, although I don't get as much time to do it as I would like.
The girls books look great, and yes, one day those photos WILL be "old"! LOL! Kind of a scary thought! :P

Strange thing you talked about family trees. We had that same conversation with P the other day, when he had to create a family tree for school. What he decided to do was to make two: one about his biological origins (we just recently reconnected with his bio mom) and one about the family he calls his own now. Alas, he couldn't fit the siblings on the tree.

So much fun! I think I need to have some pics printed out so the girls can scrapbook too!

Grafted on the family tree - that is excellent! I do know - and think - that adopted children are just as much your own as bio children are - but "grafted" is really an excellent choice of words to describe it! Sometimes a picture describes so much better than many words, and my thinking about our fruit trees and their grafted branches explains adoption better than anything. Thank you!

Your girls seem to have so much time doing fun stuff! Scrapbooking together really is great fun!

Milena, thank you for your words. I wrote a blog post a while back on being Grafted in, called, The Flowering Dogwood.
You can find it here:
http://minichfamilyblog.blogspot.com/2008/05/flowering-dogwood.html

Christie, thank you so much for pointing me to that post. So beautiful! I think I will copy it and save onto my computer so I can go back and read it again anytime.....