In my previous post, I wrote a little about the boys.  This post is about our youngest son Marcus, and our Oldest son Charlton. 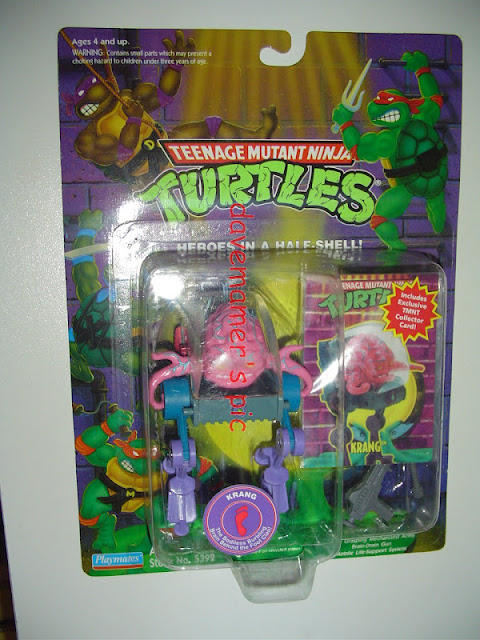 and about THIS action figure.....

A LONG time ago.... our oldest son Charlton, saved his allowance and bought a most coveted action figure.  KRANG.... In fact, it was very VERY hard to find. I remember looking and LOOKING as my son patiently went through NEARLY  every single action figure in the store until he found him.  KRANG..... He was so excited.

In fact, all the guys were excited.  They loved playing with those things, and they were happy their brother found just the one he wanted.

Chuck was between 10 and 11 and Marcus was 6.   This is when they went to Public School, and there was ALL this TRADING that would go on.  Everybody traded things. It was fun and it was cool.

Well, one morning, Marcus was so excited about Chuck's Krang, he decided to take it to school to show his friends. He KNEW he shouldn't take his brother's things.  But, he did it.  He didn't PLAN to trade it.... but he got caught up in the moment, and by NOON, he had traded Chuck's precious toy for another action figure that was not NEARLY as cool... and by 3:00, he had traded the other action figure for a tooth brush and tooth paste!  YES! SOMEBODY ACTUALLY brought a tooth brush and tooth paste to school, and Marcus was the unfortunate and GUILTY recipient.....
I'm sure he walked home from school with much trepidation.

I distinctly remember Charlton coming down stairs after school and saying, "Mom, I can't find Krang!" "I know I left him on my bed and he is gone!"

I asked everybody, "Anybody seen Chuck's Krang?"
And the guilty little Marcus with great aligator tears said, 'I know what happened."
"I took him to school to share.... and then I traded him."
Charlton said, "YOU WHAT? YOU TRADED HIM? FOR WHAT?"

And that is when pitiful little Marcus held up the tooth brush and tooth paste.....
"YOU TRADED MY KRANG FOR A TOOTH BRUSH AND TOOTH PASTE???"

Charlton was in great disbelief!  Marcus was mournful.

We had a long talk with him, and he had to pay for the Krang.  But Charlton never did get another one, because they stopped making him for awhile.
Chuck forgave Marcus, and Marcus learned a very good lesson about peer pressure and taking things that don't belong to you!

So, FAST FORWARD..... 23 years.
Last week we were joking about Krang on Facebook.  And Marcus, who is now a married man and a CPA was thinking about how Chuck never got his Krang back.  So he went on EBAY and FOUND one in the original package, the right year and everything, and he bought it for his brother and had it  sent  to him.  He said there was no note. He wanted to see if Chuck would know who it was from. :)
I love how the guys truly love and care for each other.

The package arrived today.  I got a call from Charlton.... "Mom, do you have ANY idea who would be sending me a KRANG?"
"A what?"
"Remember that Teenage Mutant Ninja turtle?"  "I think I had him at one time."

He said, no, not really!
That is SO FUNNY! Because both Marcus and I did. :)

So I refreshed his memory a little as he died laughing.  So he called his brother.

I am sure they had a wonderful talk tonight over something that happened very long ago that was not so pleasant at the time, yet is humorous now.  Marcus said, "Restitution at last!" :) 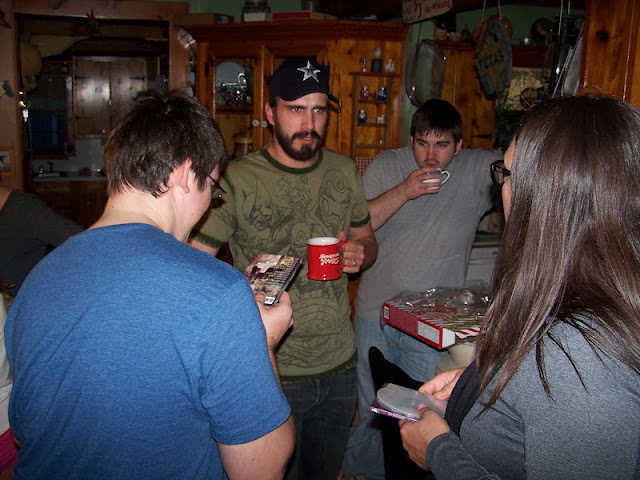 I think sometimes kids just do things and they don't really know why.  They just don't think that deeply.  They think like kids and do things on a whim.
Marcus remembered this event very much, and I'm glad that he felt loved and not rejected.
How  we respond  when our children do wrong will have long lasting effects upon them.
I'm so proud of my guys. :)

The events of the past with the boys and watching them grow up, has definitely had an effect on how I view things with the girls.  I don't think I'm as uptight or fearful as I was when I was younger.
The boys experienced much trauma when they were younger too, and they were all adopted by Mike after we married.
It has been an honor to be their mother. I don't deserve them; any of them.  But GOD has blessed us tremendously with each one of our children, boys and girls. :)
The boys taught me so very much about love and life.... and the girls continue to teach me.
Loving life today......

I think this is awesome! It's really a great and heartwarming story, and oh so guys!

What a great story, I'm smiling :) I liked Turtles very much too as a kid and yes, I remember a lot of trading ;)

That was soo funny and interesting to read!

That was soo funny and interesting to read!

That was SUCH a wonderful story! I love it! Our two sets of kids are so much the same age.....Aidan went through that stage, too.... Turtle, and after that GI Joes. Only as an adult did my honest little boy reveal to me that he actually stole a couple of those figures he brought home.... I was still horrified! But, I bet it was something of the same thing that happened to Marcus....the excitement of the whole thing just overwhelming good sense.

This made me laugh so hard!!!, it truly sounds like something my brother would have done. They sound like wonderful brothers.

goosegirl, they really are all 4 so very close. I love it! :)