Something On My Heart 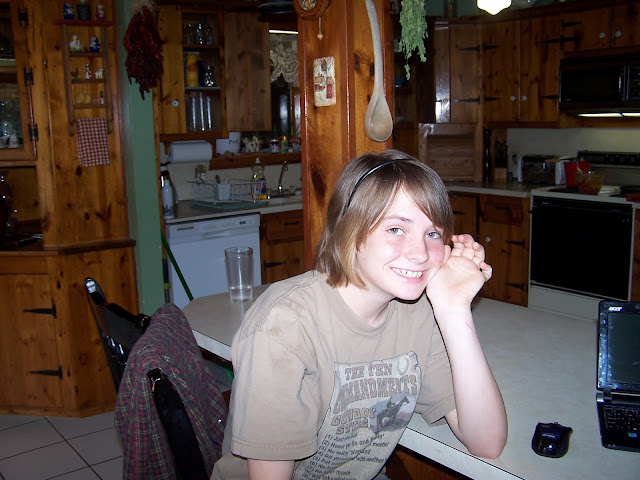 Most of you know that we have 8 children.  Our older sons are all grown and married. Three of them have blogs that I link to from my sidebar. :)  Three of our sons were born prematurely. VERY prematurely.  As a result of that prematurity, our second son Timothy had a brain hemorrhage which resulted in him having Cerebral Palsy.

I was always careful to include Tim in everything possible, but also, I tried to keep him from being "center stage" all the time too.  This meant, some things he cheered his brothers on, and some things they cheered him on, but we ALL Cheered!

In the early 2000's, before we brought our girls home, I watched a documentary  or news type show about siblings growing up with siblings who had special needs.  It was one of the saddest things I had ever seen.
The bitterness some of the siblings had was downright unreal.  And oh, how the "I'm so sorry for you's" poured out from the host of the show.
I was sickened to my core.
It caused me to think about my boys.  I remember asking how they felt, and honestly, it was QUITE the opposite of that show.  I was glad that I was not living in some sort of fantasy land!

Then came the girls.  First Anna, then Sarah, then Erika and then Alli.
I remember when we had our last home study updated, Anna said that she was glad to be getting a sister who had all her arms and legs.   She didn't mean it in a rude way, but she has had the unusual position of being the person with a normal body, instead of the other way around.
We all laughed at the thought that she was the "unusual one". :)

Anna, is such a sweet girl.  She is an amazingly helpful sister.  There is no bitterness in her, like what that news show portrayed either.  She is always saying to me, "Mom, I'll do that!" or "Mom, I can help with that."
These last 2 weeks have been filled with wheel chair events and lifting since Erika's surgery.  There is a LOT that has to be done, including bathroom, bathing, dressing etc.
Erika is doing more and more now that her pain is better, but still needs us for a lot.
Today, she took her first NON SPONGE bath.  I really wanted her to get a nice, long, luxurious soak in the bath and guess who was there to help me get her in and out?  Anna.
And she takes joy in her service.   I am so proud of her.
She and Erika have a wonderful relationship.  And just like our guys,  she is proud of her brothers and sisters who have special needs.  She is also proud of her brothers and sisters who don't.

That is so sweet. Your girls seem to love each other a lot. I have a real challenge.... Sergei is a HUGE lover of calm and peace, so he feels that his life has been very much jarred and even damaged by the tantrum/anger/PTSD outbursts of some of his siblings He still persists in wishing they'd been "punished" even though (praise God) I can point out that both Anastasia and Maxim [without "punishment"] are doing so much better - at least in the area of "violent outbursts".

HOW I wish I could get him to understand and have compassion for their difficulties. But, he feels he has traumas of his own (he did) and doesn't act like that so, they shouldn't either.

Thank you so much for all your help mom and Anna. It felt so good to soak in the bath tub. Thank you my dearest sister Anna. You were a great help.
And yes Anna and Joe are a lot alike. I'm more like Marcus.
Love you both.