Understanding The Window of Tolerance 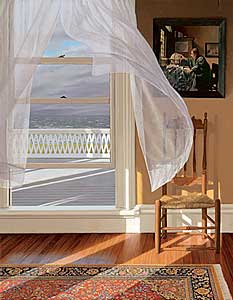 You can call it what you want, to get a good picture in your mind.  Heather Forbe's calls it "The Window of Tolerance".....
For the child who lives in a constant state of past trauma, Picture a window barely open, and slamming shut very easily.  For the child who has moved in the direction of healing, the window is open much wider, and as time goes on, remains open and there is a lovely breeze blowing.

I would say, that for us, we are in that second category now.  However, there are times, where we take 3 steps back and I have to remember that the window is not open very far at that time.

A child who is living at a Fear Level, has a very VERY small opening for things going wrong for them.  It could be a bad math day, a bad hair day or difficulty making their bed.  It could be ANYTHING..... If that window is barely open, their stress level will be WAY UP very quickly.
This is why some children will be tantruming nearly as soon as they wake up.
If we add stress upon stress, the window never gets open and there is an endless cycle of trauma for both child and parent.
Those stresses may be as simple as getting dressed or not having time for a favorite thing before the school bus arrives.  It doesn't matter. To the child, it is HUGE, because they are unable to be flexible at that point.
(Notice, I didn't say unwilling, I said UNABLE.)

However, as ILLOGICAL as it sounds, if we work to understand our children and listen to their many times UNREASONABLE frustration, fears or hurt, (unreasonable to us) showing them empathy, the window gets opened a little further and a little further... And before you know it, it is WIDE open!

Some have wondered if their children will ever respond , especially if they have extreme behaviors.  The answer is YES, a RESOUNDING YES.... but they HAVE to get to a place where they can handle more stresses.
It is important in the early stages of  transition, to help our children all we can by not needlessly stressing them.  If  they are used to foreign foods like borscht or fish, we should be sure to have it in ample supply.
We need to make sure that our yesses are more than our nos.  Don't automatically say no to everything. And don't automatically become some sort of "Supreme Boss" or Queen of Control".  There is plenty of time to introduce rules. Relationship is of utmost importance.
When Alli first came home, we found that computer time calmed her in the morning.  Our NORMAL routine would be to get up, get dressed, brush hair, brush teeth and THEN, IF there was time after breakfast, computer time.  This did not work for her. It was too much and her window of tolerance would SLAM shut.
We could have FORCED it, but it wouldn't have done anything to build a relationship with her. We were total strangers, and she was too traumatized and stressed at that time to have responded in a positive way..
Mike and I talked it over and decided it was best for her to go ahead and have the computer time, because it calmed her.
I believe this is what Heather calls "the dance".  You work things out based upon the stresses your child can handle.  AND, when your child is CALM, that is the time you correct or give instruction.
After Alli's computer time, I would sit with her in the rocker and say something like, "Tomorrow, before computer I would like for you to get dressed ok?  Don't forget. "  And she would be dressed.. We would give lots of praise like, "Wow, you got dressed! That is great!"  Sounds silly, but it was a BIG DEAL for her.

Then, when that became routine, we'd add something else.  It was a balancing act to understand if she was more stressed one day than another.  And we had to be very sensitive to that, and to her unknown anniversaries.  Loads of rocking and talking helped with all of this.

Over time, we added another requirement as we saw that window open a bit.  And today, she is in full compliance, (MOST OF THE TIME) :) for what is required for computer time.
If she sits down and has not brushed her hair, I can simply say, "you forgot to brush your hair, go and do that first", and she will typically say "Yes Ma'am.". Usually with an "I'm sorry mama, I forgot."

We have also implemented the10- 20- 10 plan with the girls especially when they are new.  That 10 in the a.m. can be a valuable assessment of how far their window is open.  And it give us a chance to adjust what we do according to emotional age and according to stress level.
There have been times where we missed it, and then look back and say, "Ugh, If only....."  but overall, this works really well.
We are now at a place where we are not having to use the 10 20 10 plan every day.  Most of the time, things are very normal around here and we get enough snuggles throughout the day anyway.
(The 10 20 10 plan, is taking 10 minutes in the a.m. to snuggle somebody awake, maybe rubbing their back and whispering sweetness to them as they wake, and for us praying with them. 20 minutes in the afternoon of just snuggle time, or playing a game together, and then 10 minutes before bedtime. )

Parenting is not easy, but it is so full of joy and reward.  Parenting traumatized children is even harder, but the reward is great.  There is great toil when we properly plant into somebody else, the seeds of life.  Waiting for the harvest can cause us to feel anxious and impatient, but joy comes in the morning, when the fresh breeze of an open window blows over us, and we see the fruit of our labor.
Posted by Christie M at 5:35 PM

Boy, I wish I had heard some of these things right after we brought our daughter home! Instead we learned it the hard way and honestly I remember feeling so confused about who to read and follow as their advice was diametrically opposed. I spent so much time on my knees asking for wisdom. God told me, "mercy and grace." I also "accidentally" happened upon your blog:)It took me a while to figure out what that looked like and yet we stilled needed to deal with some pretty serious behaviors. Thank you for your encouraging posts!

Again and again I think "Christie is the wisest parent I know". You make what Heather Forbes teaches REAL through your examples, and the richer explanation. It is funny because I am presently taking Heather's on-line class. I get an hour and a half a week with her (and she is great) but at this point I learn more from you...and the way you put things allows me to remember it all more clearly. Examples really help.

I also learned that with Zhenya, if I pushed too much in the morning for him to do things "my" way, we'd hit trouble...he'd end up being rude, then I'd be mad and want to consequence him. He just needs to lie in bed for a while (a good long while.) Of course I want him up, downstairs eating and so forth. But as I pointed out to my husband, he is never late! He's got his method down of getting up, getting ready to go and getting into the car. It is not my way, but his works. That's the main thing really.

Thank you for this post. Three years after adopting, we are just starting to realize the depth of drama our now 8 yo has to process through. Trying to balance her needs with her 16 yo brother's needs and those of our 2 bio kids (8 & 11) can be confusing and exhausting for everyone. I love the illustration of a window and your 10-20-10 method. Again, thank you.