I wrote a post a few days ago called "Not Letting the Little Things Go".      I feel the need to follow up with that because TIMING and TONE are VERY IMPORTANT to success. 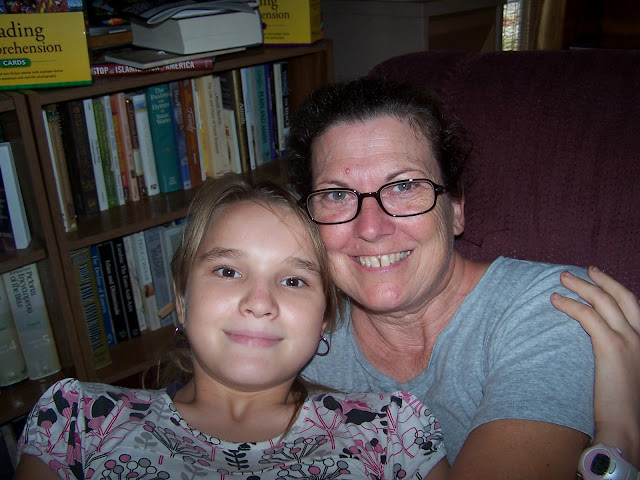 The reason timing is so important is because when a child is very newly home,  it would be OVERWHELMING to work on changing every little thing both for them and for you. And frankly, I think many times, we have rules just for the sake of rules.  There is no real rhyme or reason to them. Since bringing Anna home 9 years ago, we have striven to have any rules we have mean something and not just be rules for the sake of our own convenience.
It is important for our children to be able to assimilate into family life that meets everybody's needs, not just ours, and that may mean that we have some changing to do ourselves!  That might include rules about food, and for older kids, it might include what they watch or listen to.  If we are used to having only 3 meals a day with no snacks, that might not work for  a child who was starved and lacked food.  If you bring a teen into your home who is used to listening to popular rock music and you typically don't allow it, there may need to be some  compromise.

We have never made a big deal about Santa here. But when Anna came home she was all about Santa.  That was NOT the time to tell her there is no Santa.   NO... we went to SEE SANTA... I had to adjust what I did for her needs in order to  not further traumatize her.

I read  online, somebody asking a question about bringing home newly adopted older children.  They were asking for advice on what to do now! :)
The question was answered in a way that was rather shocking to me.  I read several answers and then just felt sad.
The answers were:
"Don't give them an inch or they'll take a mile!" "Establish that YOU ARE IN CONTROL NOW, or you'll regret it!"  "LAY DOWN THE LAW!"  and those are just a few off the top of my head. MAKE SURE THEY RESPECT YOU!
NOT ONE PERSON SAID, "Be gentle, be kind, love them."
I left this group as I felt like I was surrounded by those I could not identify with. It made me sad because I felt like they were setting this person up for a very difficult path, and possibly a path to disruption.
Am I saying that we are not in control over here? No.  Am I saying that we are not authorities in our children's lives? No.  We are. Am I saying we are not respected?  No.  We are respected, but obedience and respect goes hand in hand with trust and relationship.
I want my kids to obey and comply with family rules out of LOVE and mutual respect, not out of some sort of forced fear or sense of doom if they don't.

The very FIRST AND FOREMOST part of instructive discipline  is relationship, and working to become part of the same team.
When I say not letting anything go, I am not talking about constantly correcting or punishing a child newly home until they understand all the rules... I am talking about gently guiding and teaching them along the way.
We had to let MANY things go with all of our girls at first.  We had to focus on relationship and building trust.

Now that Miss Alli has been home for 17 months, there are a few things we can work on that we didn't before.  Why didn't we?  Because she would have been overwhelmed!  The best analogy I can think of is, "You expect a child to understand  trigonometry without teaching addition, subtraction, multiplication and division, and then algebra first! "

I think that sometimes there is way more struggle and failure because of too many expectations too soon.
If we work on true relationship, a lot of things will work themselves out!  And then there is just a little tweaking needed. :)

So when we ask our girls to change tone of voice, or to try walking down the hall nicely,
those times didn't happen in the beginning.  They happened after a relationship of trust was developed and we had to make sure our tone was one of loving acceptance and not harsh judgement.

What happened before we got to that point?  A LOT of working on relationship.  We spent countless HOURS talking to Miss All,i sitting on the floor by her bed, or on her bed or snuggled up with her talking and explaining and encouraging her.  We spent countless hours explaining where she misunderstood something she thought she understood, and countless hours  about what was going on in her heart. There was NO WAY we could have addressed a door slam at that point.   We were too busy addressing the hurt, pain and trauma of her past.
Now, we may have said when all was well and she was mournful over her actions, "How about next time you just come and talk to us and try not slamming the door?"  We'd get a darling smirk and a sheepish "ok" "sorry about that".....

Now that she has come to truly TRUST US and LOVE US,  if she starts down that path, we can say, "Ummm Hello, let's try that one again"  And she does.  I have JUST started doing this with her, in the moment!"
The reason is, that she can handle an "in the moment" redirection now.  It is something we have grown into over time.  And she has grown because she trusts us.

I just felt for some reason the need to clarify that. :)
Posted by Christie M at 3:42 PM

Honestly, you are a FANTASTIC Mother. If everyone was a parent like you, I doubt we'd have any problems in the world. It drives me crazy when someone thinks that having a child that doesn't blindly obey means that they are a disrespectful child. Sometimes I think it is good for a kid to understand WHY that rule is there, not just a "because I said so" answer. That teaches them nothing. I hope I parent like you when I become a Mother! Is your husband on board with this type of parenting? I have read a couple blogs where the Dad is wanting more of a "ruling with an iron fist/ punishing bad behavior" type of lifestyle.

I love how you explain things so clearly. Our 12 year old son, who has been home for seven months, has asked me why I didn't work on everything with him at once, when he first came home. He thought I should have taught him everything already so he "could be as mature" as the older kids. Your explanation was the one I gave him. I told him he would have been overwhelmed if I had tried to work on everything at once. At his request, I gave him a short list of behaviors that we were going to work on in the future, then I let him pick two. We only work on two at a time. A couple of weeks ago, the two behaviors were not arguing with your parents when they tell you to do something, and not trying to control his little sister. He is doing well with those, so we've started working on playing outside with friends without reacting badly when things don't go his way. A few months ago, he had only limited amounts of time to play outside with friends, and those almost always ended in explosions. He had a friend over for a sleepover last night. They played outside all day yesterday afternoon and today. He has come to us for help every time he needed help with solving a social problem.

It is so important to connect before, during, and after correcting. We have plenty of time. We don't have to push him to learn things that he's not emotionally ready to handle. I think sometimes people get afraid when parenting older kids because they have a mental deadline of 18 years old. They believe their children have to reach a certain developmental age of maturity at 18--even though all those kids lost their first teeth at different ages, learned to read at different ages, and learned to walk at different ages. My children will be my children for the rest of their lives. They will reach full maturity when they reach full maturity.

Amen Brooke!
That is a really good way to do it too!
Tonight, Alli said, "Mama, did you notice I kept my leg down at the table and you didn't have to tell me?" :)
She has been working on not putting her knee up to her face when she is eating. :)

Alli is funny. It is so cute when they need that affirmation. Kelton told me several times a day, the things he didn't say to Kristina, when we were focusing on him not controlling her. He still needed to know that I was in charge of her, and that I would take care of her, but he was able to learn to do it on a non-controlling, non-tattling way.

I love all of your posts, Christie...but this one I opted to post on FB.

Thanks JJ.... I had to make a few grammar corrections. LOL

Brooke, that is so precious. :)