Working On Life Books And Life....

I would NOT have picked this month to work on life books, as there are so many triggers for Miss Alli during this time, but she really wanted to.  So we did. :)

Here are some examples of our life books: 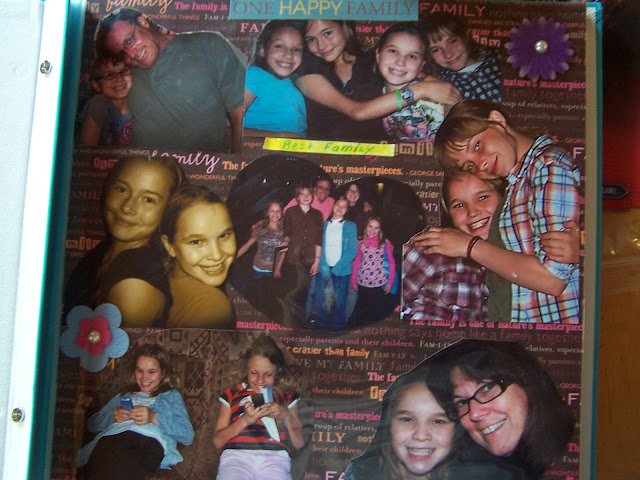 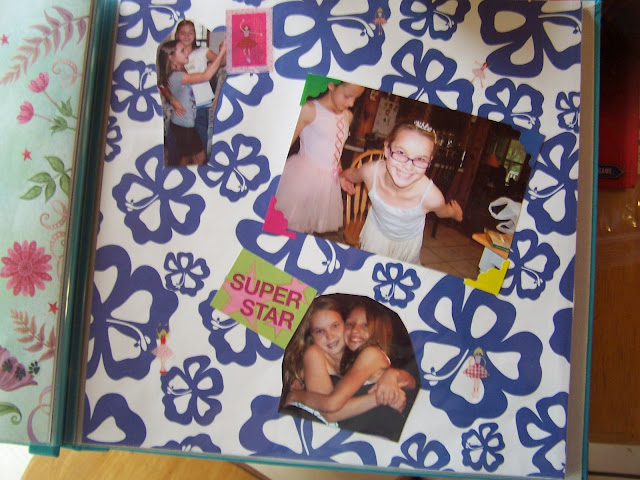 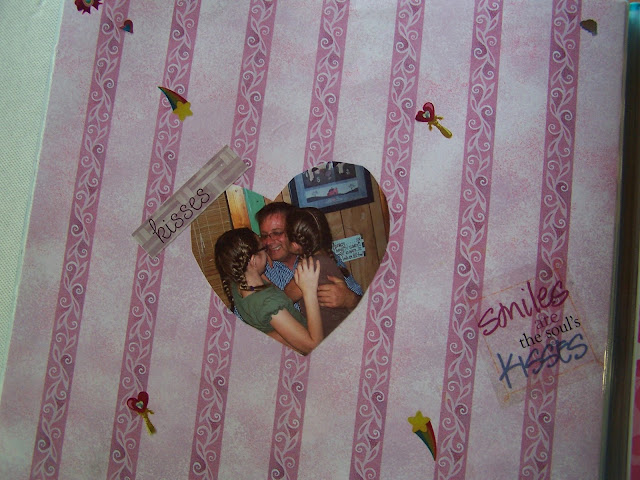 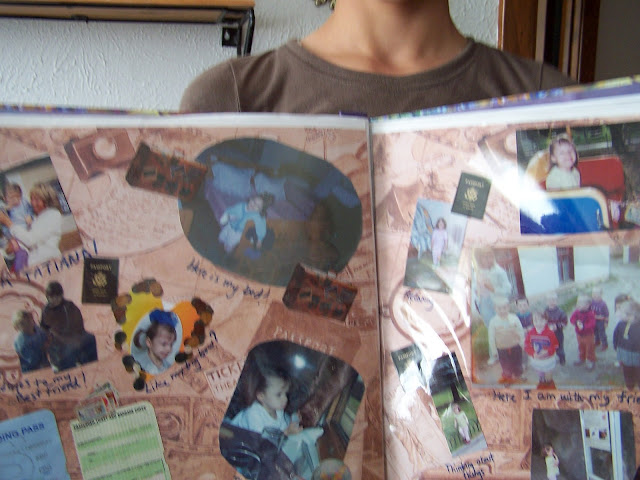 Sarah in the orphanage Some of Anna's pictures 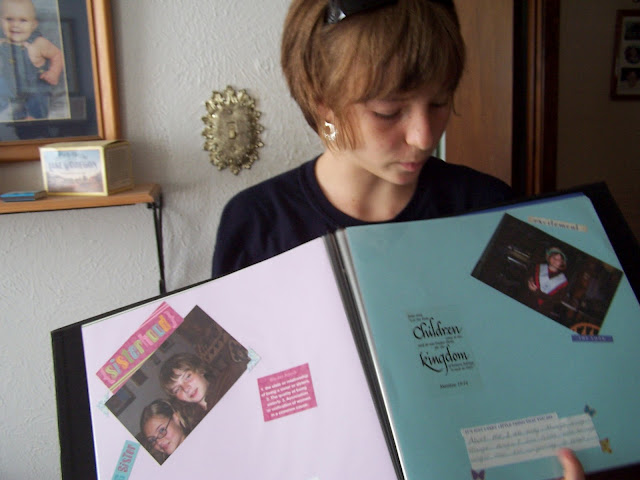 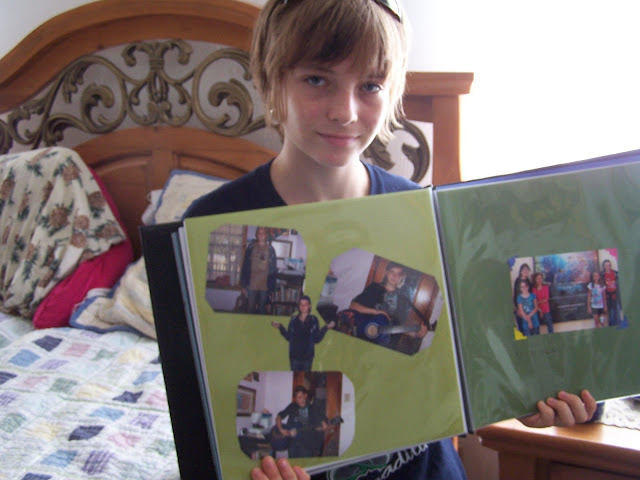 Life books tell a history and double as a photo album. :)

Anna acutally has 3 life books.  This is the beginning of her new one that she is doing by herself.
Her first one came with her and then we ran out of room and started another one.
Erika is working on hers too.

Now, back to why I didn't think it was a good idea to work on these now.  Alli is working on so many memories right now. I felt it abit unstabling to go back into the past. But we moms can be wrong. Sometimes going through the unstable past can solidfy the present. :)
However, going through pictures for THREE families is just hard. It is hard for me.  It hurts.
I know it hurts her too.  Sometimes I think our life is soooo different than most people we know.
It is hard to relate to normal.  But that is ok. :)

Right after taking these pictures.  Alli  demanded requested that Erika help her do casting for a knitting project.  Erika was very kind and tried to show Alli how to cast.
Alli said, "I want YOU to do it!" "I just want to knit."  Erika explained to her, "Alli, it is better for you to learn it yourself so you can knit on your own."
Oh this made her so mad!  Was it reasonable? NO it was not.

I asked Alli to come to my room with me for 5 minutes.  I told her I would start the timer when she complied.  TWENTY minutes later, she FINALLY complied.  I videotaped our time as it help ME to see what I can do better, and sometimes to show HER what she is actually sounding like.
I didn't want to talk with her out in the living room because I prefer to correct behaviors privately.
Sadly, she missed the first 25 minutes of the afternoon movie.  But that was her choice.

She also learned about the statement, "Don't give a poor man a fish to eat, teach him how to fish."
We translated it to: "Don't cast a scarf for Alli, teach her how to cast ."

I reviewed the video and found it rather refreshing compared to a year ago. :)  We had a conversation that was REAL and even though she was upset, she was able to tell me how she felt.
She was angry that Erika was "acting like mama and telling her what to do."  "I don't mind if YOU tell me what to do, but I don't want HER telling me what to do!"  (ever heard that before?) :)
I told her, that is a compliment.... Erika was being very kind and patient; and she is a VERY good big sister. She must be learning well from mama on how to tell you what to do, because I didn't see her being bossy at all! :)

Once the timer went off, she wanted to talk some more, and she came to the conclusion that she indeed was over reacting and needed to tell Erika she was sorry.  We prayed together that the Lord will help her get through this time of memories and to relax in Him.   Erika is a FANTASTIC big sister. She is very understanding of Alli. :)
So, here they are an hour later and Erika is teaching her baby sister how to cast off so she can knit for herself. :) 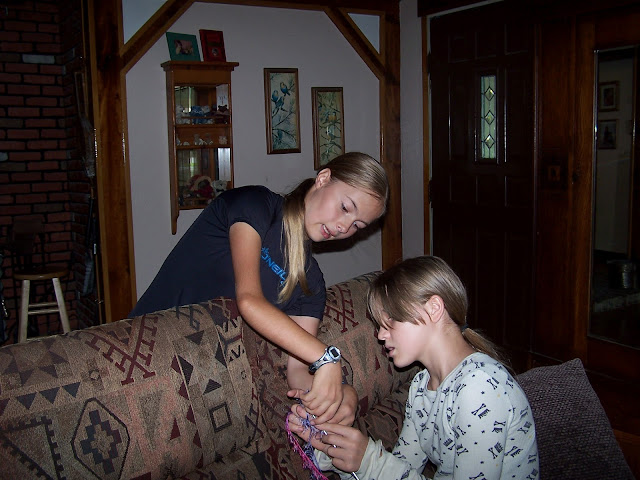 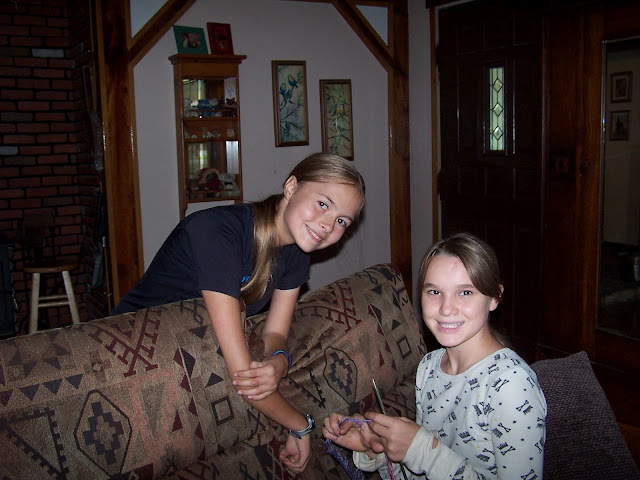 Alli and I reviewed the video and she was surprised at how she was sounding.    That is one of the benefits of video. We can use it as a teaching tool for ourselves AND for our kids. :)
Posted by Christie M at 1:03 PM

I have never thought about video taping a conversion and replaying it. What a great idea. It's good to hear that Alli has come so far.

Brooke, We use video carefully. I don't ever want to be filming just for filming purposes or to use it to shame. Instead I use it mostly for me. I have been doing this since Sarah came home. Wish I would have thought of using it with Anna. :)

If I think watching it will help a child understand tone of voice, or help them to see what I am talking about that they just aren't getting, I will sit with them and watch it. This has worked especially well for Alli, because of her age. Being older, she can analyze something a much younger child couldn't.
So, it is another tool in the ole' tool box. :)

Anastasia made the lovliest life book (and used most of my early photos of her in the process). I was so proud of it, though, I didn't say anything....but then the day came when she tore it up and threw it all over the place. I tried to salvage as much as I can and now the mess of it takes up its own drawer in my bureau. Oh, dear.

Annie,
I wonder if she'll want to work on it again after the baby is born?