The Art of Discipline part 5 Authority 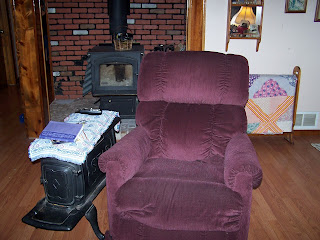 What does AUTHORITY look like in your home?  Is it domineering?  Is it completely missing?
Authority structures are very important!
Whether you are a single parent or are in a family with two parents, you must be the authority in your home.  The children should not be the ones in control. A child in control, is an out of control child!
It is very easy for parents of children who come from trauma backgrounds to go to one of two extremes.  Extreme authoritarianism or Extreme permissiveness.  Neither of these types of parenting styles are good for any child, but ESPECIALLY not for a child with a trauma background!

A healthy balance of structure with fun and flexibility mixed in will make a child respond in a positive way.  It may will, take some time and a lot of patience, but kids from traumatized backgrounds CAN live healthy NORMAL lives.
(I say this as my daughter is outside my window barking like a dog) LOL  (Creativity!)

When we need to correct our children's behaviors, we need to remember that punitive parenting is not very effective, or effective at all in cases where a child has a difficult background.
What we may consider a "moral" issue, our children consider "SURVIVAL" issues.

So how DO you deal with lying, hoarding, stealing, aggressive behaviors?
VERY CAREFULLY!Your child is a very tender plant that needs to be NURTURED for a very long time!  Pruning time will come, but not too soon and when it does come, it must be done softly and tenderly with the greatest of care, lest you damage the tender plant.

If you keep in mind that relationship, and building closer bonds is ALWAYS the goal in our correction, will that effect HOW you correct?  If you are trying to BUILD relationship, will that be a good reminder of how one would talk to somebody they were wanting to build relationship with?

"WHAT IN THE WORLD HAVE YOU DONE??!!!!"  Is not the best way to be a team.
Coming alongside and tenderly letting the offender know that what they have said is unkind, or what they have done is not ok, takes on a whole new light.

"Sweetie, it is NEVER OK to talk to mommy like that. "  "What do you think would be a better way?" This is spoken in a firm but GENTLE tone.  NOT an ANGRY tone!
This has been a scenario in our home before.  My first statement was followed by a  "Why?"  Children who have been in complete dysfunction their entire lives DO need to understand the whys.  It should not be a problem to answer that question.  They TRULY MAY NOT UNDERSTAND any kind of authority!  This was the case with one of our daughters.

It is EXTREMELY important for parents, to consider that the parenting style they were raised under, or have been using may be ineffective with a traumatized child and they MUST be willing to learn something new and make some serious changes for success.

When you are really trying to do your best, and slip back into old, punitive styles, make it a learning lesson and not a tragedy.  Our kids learn from our failures too. :)

We should be able to be an authority, but not strike fear in our children.  They need to respect us, but respect should never be forced.  True Love and Respect are earned!
I can think of many military stories where officers abused their power, and men followed orders but there was no true respect, just a lot of anger.
Then there is the officer who has the complete respect of his soldiers because he is kind and fair, and his character is not one to USE his men to pump himself up, but his men know that he would give his life for them. He may give orders that the men must obey, even if they don't want to, but   this is a man who has earned TRUE respect through his deeds.  He has built relationship.

In a family, mothers and fathers need to act in a way that would cause somebody to look up to them and respect them.

When Alli first came home, all correction was done in the rocking chair after a lot of snuggle time and calming time.  Sometimes I would sing to her or pray with her, but it would always be a positive time.  And then, when she was calm and ready, I would explain very carefully to her what she had done wrong, and give her a story or two to help her understand.
Then, we'd rock some more, and she would be FULLY RESTORED... and ready to start over.
Correction should not be a long drawn out thing with loads of punishments hurled onto a child that burdens them down.
If a child apologizes and receives correction, then FORGIVE THEM and move on!
I have not found  consequences to work as effectively as simple conversation that includes correcting and discussing unwanted behaviors.
But what if they AREN'T Sorry?  What if they don't receive correction?
Wait a while. Pray over them.  Peacefully wait, and then ask simple, gentle questions....
Questions that do not require long answers... yes or no questions....like
"Are you frustrated?"  "Did your feelings get hurt?"  "Do you think I am angry with you?"
"Do you think I don't love you?"
Reply with encouragement, patience and love.
I have asked before, "Do you think I'm being unfair?"  And I have received a yes answer.
I had to go back over the scenario so I could see if I WAS being unfair.  If I have been wrong, I have asked for forgiveness.  If not, I have explained my reasoning.
Encouraging change through discussion has been very VERY successful for us.

Our children, ALL of them look to us as authorities in their lives that they can respect and love.
They know they can come to us and talk to us and that we will listen.  It did not happen over night, nor did it happen by mistake.  We have worked hard to establish respect.

This is so true! All of our children--even our non-traumatized ones--respond so much better to serious discussions, role plays, and do overs, than they respond to punishments. Their hearts are soft. Even the ones who came with hearts of stone are now softening.