The Art of Discipline Part 8: Do you EVER Raise Your Voice? 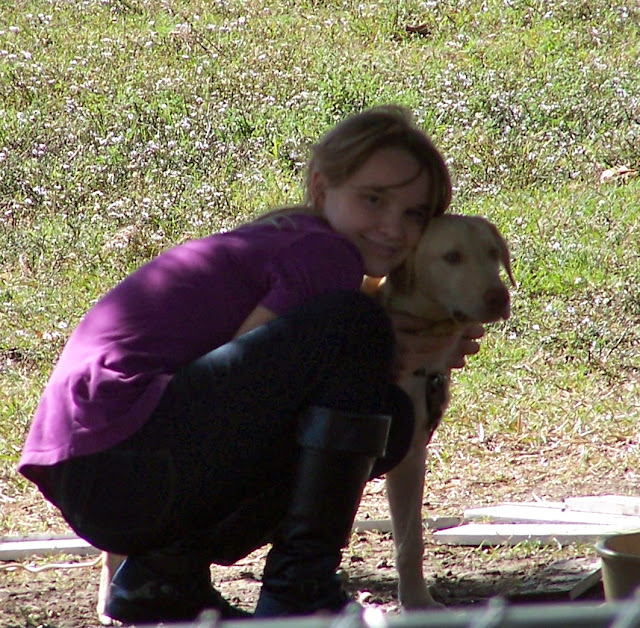 I wrote about what "CORRECTION" looks like and showed a video in this post.
This is what instructive correction looks like....  But I wanted to follow up lest I lead people astray that you should NEVER us a firm tone of voice.

I believe STRONGLY that using a soft and tender voice is necessary, and should be the NORM, especially for a traumatized child.  However that does not mean milk toast parenting.  It does not mean that you are not an authority.  You are; and a parent who learns to be an authority in their child's life based upon respect and love has their child's heart.

IF you are not using an authoritative voice all the time, (I am not talking about yelling, as yelling is not ok  I am talking about a firm quick NO!) that quick response will definitely get their attention.
And sometimes that is exactly what is needed.
Parents who are always yelling or speaking harshly have to raise the level again and again as kids just get used to it as normal... then when you are wanting them to listen quickly, they won't.

(Not that children are dogs, but it is very true in training animals, that a soft and tender voice needs to be used so that when you need to say a firm NO, the dog will listen. Otherwise, they will ignore you.)

There are times when a child is being disrespectful or in an inappropriate "mood"..... where a quick firm "NO"! or "STOP! NOW!".... is very appropriate.

We had that scenario this a.m. Alli woke up and wanted to make breakfast and it didn't turn out so well. She also was not wanting to receive any help.... which was just not going to work. She decided to just walk away while we were talking to her.
This is NEVER, EVER appropriate. It is disrespectful and NOT allowed!

My tone changed from soft to "STOP NOW!"   And our daughter stopped and came back and sat down.
I believe that if we were always using that tone, or if we were "yellers", she would have kept on going.
My tone startled her, which was my intent.  I needed to quickly get her attention.
She said she was headed outside so she could be happy.  I let her know that going outside will not bring her happiness, because the discord in her heart goes with her outside.  And then, I waited to talk to her anymore, so she could take that in.
In the mean time, we went out and rescued the chicken from the dogs next door. (brave chicken) We will be clipping wings tonight.:)  We fixed a fence, and then rescued the goats who escaped from an unlocked fence.
Yes, our morning was eventful! LOL

I also, needed to become calm internally, so I spent some time praying while I was helping Erika finish up the morning dishes.  I always want the Lord to use my words to bring about LIFE and PURPOSE in my children.

We were starting a little late due to the disrespect that had happened earlier, and Alli said, "Aren't we going to start? We are late!"
I said, "We are late because of disrespect." "We will start when mom is ready, and I'm not ready quite yet."
About 10 minutes later, I felt I was ready to lead our morning study. We always open with reading a chapter in the bible and talking about it.  They all enjoy this, and so do I.
But this a.m., I believe that God had me do something a little different.

I had listened to an old sermon from Richard Wurmbrand while I was walking on the tread mill.  I like to listen to sermons.  This one was called "The Faces of God".
He talked about how one of his torturers while he was in prison, was an ex priest. He was now a secret police interrogator who was a ruthless man who tortured Christians.
He had the bible out and asked Richard, "Do you believe this?"
And Richard said, "Yes".
The man confessed to him that he had been a priest but was scared of the communists and saved his own life by joining them.
His confession went on and on.  And then, Richard asked him, "Do you believe in God, in Jesus and that he died for sin?"  The man said, "Yes."
Richard then asked him, "Did he die for YOUR sin?"
He said, "No".
And then Richard was able to share with him that Christ knows how awful our sin is, every sin, and He took them ALL upon himself WILLINGLY and gave his life for us.
Your sin cannot be too great for God.   He is greater still.
And that man, that torturer, became a true believer at that time.

As I shared this story with my girls this a.m.  I looked at my Alli and all my girls, "Even back in Genesis, God said to Cain, "Sin crouches at the door, but YOU MUST MASTER OVER IT!"
"Are we striving to master over our sin?  Are we truly struggling to overcome?"  "Or are we letting old habits creep in and take over?"

I asked each of my girls to find a different part of the house and go and spend about 10 minutes in prayer.
When they came back, we finished up with praying for the countries on our clothing.

But I wasn't finished. I needed to use some instructive correction with Miss Alli.  I also felt that Alli needed to watch the video from yesterday that I had not shown her, and the one from today that nobody knew about. They were very similar.  At first she didn't want to, but I told her I wanted her to see, so she could truly understand what I was talking about.
She sat in my lap and watched herself. The camera does not lie. It was raw video, and she was appauled at how she sounded.

Once again I reassured her that watching this video was not to embarrass her, but to help her to see what we are talking about.  She commented, "Mama, you were only trying to help me and I was so rude."  Yes, you were.  But I forgive you, and you need to forgive yourself.  And you ALSO need to STOP speaking in a disrespectful tone, and do it over in the RIGHT tone.

She immediately got up and said she had to go out to daddy and tell him how sorry she was.
Her sorrow was genuine, and I expect that she learned something valuable today. :)

(Just as a side note):  The use of a camera should NEVER be to humiliate.  It should be used sparingly, and as a teaching tool for both YOU and your child.  I learned something yesterday. Alli did not understand the difference between upset and angry.  She learned that today. :)
I believe it is an excellent tool for parents to learn about what THEY are doing that can be changed.
The camera can be MISUSED, if it is being used to follow a child around and narrarate, similar to what happened on the 20/20 show I wrote about here.

louisianaborn said...
This comment has been removed by a blog administrator.
October 18, 2012 at 6:55 PM

Tharen, I posted your comment and then figured you may not want the world to have your email address, so I deleted it. :)

Christie, I do agree with every word you just wrote. Sergey and I still working on our tone of voice with kids. Usually we are doing really good about talking and not raising our voices. 3 of our boys were yelled at all the time before they came to our home, and they still sometimes choose not to listen when we ask them normally, and then we have to use our firm voice to get their attention, and make them look at us. And then we keep explaining in regular tone of voice. Especially one of our boys get very distrusted when other people around(church, stores, visitors and etc. ) But we are working with him on following directions even when there is other people around us.

Thanks, Christie. I appreciate your thoughtfulness!
Tharen

Thank You, for sharing about the misuse of cameras. I recently was reading a blog and a picture was posted of a child in the midst of a meltdown. It made me so sad for the child. But, I felt angry that an older sibling was seen taunting his sibling as she was crying. I think your blog should be mandatory reading for parents who live with hurt/hurting children.