I do not know how to express the deep sorrow that I feel for the children who are cruelly being used as political pawns by Vladimir Putin.  The words, evil and cruel come to mind.

Things are BAD ENOUGH for Orphans who live there, but to add to that HOPELESSNESS of ever having a family?  Oh wow! That is just beyond conscience.

I have read and been SICKENED by the people who have commented online on various sites saying, "Good, Americans should adopt AMERICAN anyway!" "Or, people only go to Europe because they don't want a black child"..... I even read one that said, "They go there because it is cheaper!"
ALL OF THOSE COMMENTS were mean spirited and FRANKLY, IGNORANT!

The insidiousness of this law goes BEYOND adoption. It goes to ANY AMERICAN organization. That means, any group wishing to help.  I need to research this part more, but if the implications are what I think they are, then they are headed back to Old Soviet Russia and things will be even worse.

I just went to see Les Miserables 2 days ago and  I couldn't help but think of the poverty stricken scenes that were so real, the girl who had nobody and was caught into despair and then selling her body.  She became less than human and full of shame.


THIS IS THE PLIGHT OF THE CHILDREN WITHOUT THE HOPE OF ADOPTION!
I do not know how Putin can sleep, or those who voted for this.  I DO know that this is NOT the will of so many of the Russian Citizens who live there. You can read this opinion from Moscow Times titled "An Adoption Law Only King Herod Would Sign".  I thank Victor Davidoff for bravely writing it.

I look at my beautiful daughters, who were without hope and now SHINE.... and I hug them closer and thank the Lord for their precious lives. 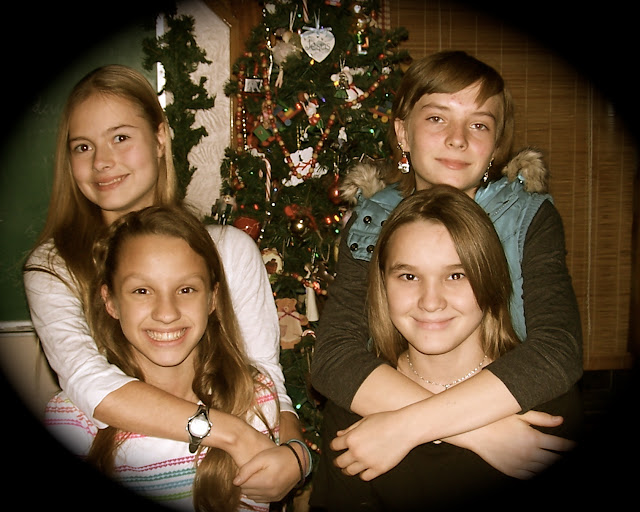 I mourn with my friends who have lost sweet loved ones that they were never given the opportunity to parent. :(  Some have made more than one trip already and hugged their child, giving that child hope of a family, only for that hope to be crushed under the hammer and sickle.

For the Torry Hansens, Peggy Hilts, and others who brought wrath to America by their deplorable actions..... they have a heavy burden of responsibility to bear. I pray that they will come to a place of taking that  responsibility, and then to a place of  life and forgiveness.

Russian Church, RUSSIAN CHRISTIANS.... Russian Citizens, it is time to take care of the children.
GO into the dark places and see for yourselves. Seek them out. They are there, right under your noses, down the streets from you, and at the ends of the roads, deep in the country. They are also hiding in the subways, on the streets, cold and poor! These are the throwaway children who have nowhere to go at 16!  DO SOMETHING about it! Help save the children!  Go into the laying rooms! Hold the babies, comfort the handicapped children, help to feed them, Help them! Give them simple, human touch. GIVE THEM DIGNITY!
ADOPT THEM!
LOVE THEM!
MIRACLES CAN HAPPEN!
I am praying for a miracle. I am praying that Putin and the Duma will have a change of heart, and the laws will change.
It is so very heartbreaking. :(
THIS is the TRUE PLIGHT of the Russian Orphan with Special Needs like our daughters.

In addition:
There are other countries that adopt from Russia and other Eastern European Countries. But MANY, who are from  those countries are NOT ALLOWED to adopt children with special needs like Erika or Sarah.  Governments with Socialized medicine prevent them from adopting children who will be a "burden" on the country. :(
One of the  ONLY HOPES of children with special needs is American parents called to adopt them.
This is a DEATH SENTENCE for them. :(
I am heartbroken.
Posted by Christie M at 4:47 PM

I feel terrible for the 46 families who are caught in the middle of their adoptions and will now be unable to complete them. But, perhaps out of the misery of these 46 families and the children they wished to adopt other children will benefit since Putin signed into law provisions to upgrade care of orphans. Perhaps this will spur Russians who are rightfully offended to step up efforts in Russian to improve orphanages and/or adopt Russian orphans.

Your girls are all so beautiful! The news about Russia, is so sad. It makes me mad too, and I dont' understand, but it's all politics. Just will keep praying that God will soften hearts, and it will change for better. At least maybe this way more children in Russia will get better care like Annette already mentioned. Just have to keep praying about this whole situation. Blessings

I am indeed deeply saddened by the news from Russia. You write it better than I do. The USA is one of the bigger adopting countries, so it is very sad for all the children that could possibly get adopted by Americans.

Sweden is definitely a country with socialized healthcare. But here, people are encouraged to consider adopting children with special needs. However, most peoples reason to adopt is not being able to have biological children, which sadly means that many only want healthy children (as if people having bio children can choose?), as young as possible. Due to the long waiting times though, more and more people start considering both older children and special needs, and it makes me really happy! Just to say that socialized healthcare doesn't necessarily mean that special needs adoption is not allowed! Then there are some people who say that adopted children are a burden, but such people with negative opinions exist everywhere.

As for adopting from Russia, new regions have recently opened up to Swedish parents, and waiting times are decreasing. I hope out little country can fill some of the void left by America. And even more I hope that orphans in Russia will be better cared for!

I do hope that at least those families who are in process are able to complete their adoptions.... Russia closes down frequently, and in fact, halted adoptions when we were in process with Anastasia. I do not think the US was very smart in publicly humiliating Russia, as they did. I doubt it will make a change, because, like us, they feel justified in running their country as they do. Furthermore, I think that a good number of Russians really believe that we are a crazy country full of people abusing their children and going on rampages of one sort or another. Their is some sense of justification they feel - the US should clean their own house before criticizing someone else.

Hopefully, when the publicity point has been made, they will go back to allowing adoptions, as they did in our case. I tend to think that his particular incident got the publicity it did because it involved the president (which wasn't necessary) and the Russians themselves wanted it in the media.

People are so ignorant about adoption in general. I know because I was, myself! And, my husband actually thought that Russia would pay us for taking the children. (As well they might, if we considered the financial benefit to them in our doing it!)