A Precious Talk With a Joyful Girl 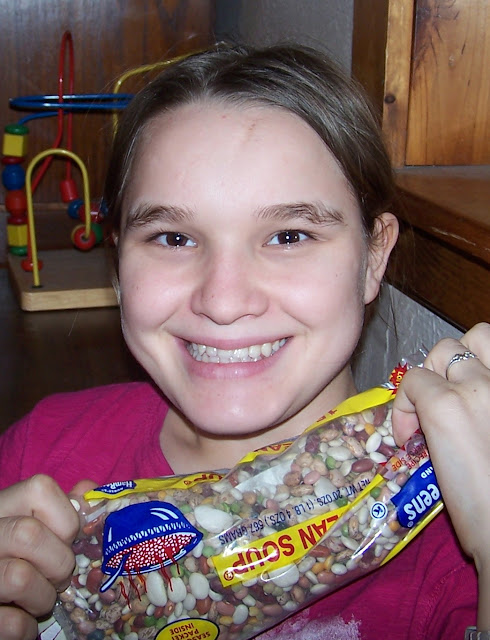 I took Miss Alli with me to the grocery store today and she was in an especially talkative and joyful mood. :)
When our girls get like this, I know it is time to spend some time just chatting and enjoying their company. It also is a GREAT time to ask questions freely and learn something new about their past.
Today was one of those days, so we took a little detour to Chick Fila and sat and talked for a bit.

Sometimes foods or events can trigger memories. This is what happened today.  Her birthday is coming up and she remembered being treated to a gift at the orphanage.  She only had one birthday at the orphanage and was surprised by a stuffed animal.
She didn't remember ever having a birthday before. So I asked her, "How did you know how old you were?"   She said, "I used to pester my older sister all the time!" "How old am I?"  And her sister would tell her, until she learned how to remember on her own. :)
(I can SO PICTURE HER DOING THAT!) LOL

She then began to remember waking up one morning and the house was empty.  She was very little. Her brother and sister were gone (maybe at school?)  Her mother was gone and her father was gone. She felt scared.  She also noticed that her mother put a big bag of trash in front of the door, most likely to keep her inside.  She said she remembered, "Oh, I can get out of that!"  And she went outside to play.
There was a small crawl space under the house she loved to play in, and she remembered getting really mad when she got too big to fit in there. :)
But her friend in the village had an attic play room and she would go there often to play.

She said, "You know mama, I don't ever remember my mama or daddy worrying about where I was, or if I was home or not, even when I was little.  Sometimes we would come home at night, and still, nobody would be home. :(
It dawned on her that we fuss over the girls if we don't know where they are, or if they are out when the street lights come on.
That used to bother her, but now she is realizing that it is because we love her,care for her and want her to be safe.
She remembers she didn't feel safe; but now she does. :)

Alli was 7 1/2 when she went to the orphanage, and from her descriptions over the last 22 months, it was one of the better orphanages.  She remembers wonderful food the most! She has no memories of eating at home, except a memory about her mother bringing home pickles and her baby brother being very excited. She said he couldn't wait to get them.  She also remembers helping her mama cook, but just doesn't remember eating.  She was often hungry.

In the orphanage she said there was hot water but the girls had to bathe in a group and her sister would help to wash her hair.  She said some of the girls wouldn't come into the shower.

She remembered getting new playground equipment and having a snow ball fight where a boy put snow down her shirt.   She said she felt like slugging him. :)  That's my Alli! LOL

She was in the orphanage a little less than 2 years.  Her next memories were of traveling to meet the family that would bring her and her brother and sister to America.  Her baby brother was adopted by a Russian Family.
She feels badly that she can no longer remember what his name was, but she thinks it might have been something like Kolya.

On the way home, after getting beans for bean soup that she has been longing for, we looked at each other in the car and she smiled and took my hand.  I told her, "Oh, how I wish I could have held you and known you when you were so very little."  She said, "Me too mama..... but we have each other now! It's ok!"
It was a good talk. :)

What a lovely talk! She has come so far!

These talks are the BEST! How I cherish them! Not long ago my kids got to talking at the dinner table about "Russian Food" and to my surprise, rather, began to get really effusive about the orphanage food. The TEA for breakfast, and warm bread (that DID sound good!) and kasha! And all the soups, and pelmeni! I suppose that the orphanage food was a lot better than they ever had at home. Then I asked something like, "What was the very BEST thing you remember eating in Russia?" I had some idea of putting together a meal of "favorites", but I don't remember what anyone said, because Anastasia's response was so heartbreaking... The best food she ever had was when her mother was going through the garbage and found a half a watermelon!

So much to live through in such a short time. Just curious, are her brother and sister still here in America? Does she have any contact with them? Your girls are beautiful, and how wonderful that they have each other!

Jen,
She longs to write to them or see them, but so far we have not been given a green light for that.
I was very excited that a letter I sent last year which had wound up in a spam folder was answered. :)
The family is happy she is doing well.

It is very complicated and I totally understand how hard and complex it is.

They may not be ready right now, but I have hope that at some point the children will have some relationship when they are older.

I try to put myself in their position, not knowing us, and I would be guarded too. They are trying to take as good of care of their children and protect them just like we are. :)

I do believe, in time, we may meet. I think it would be very healing for all. :)

Annie, that is so sad. Sadly, Alli has similar memories of getting food out of the garbage. :(

HOORAH - that's the stuff that life and love are made of - so happy for y'all - and proud of your daughter for learning love!

So it should come as no surprise to you that we had Cajun 18 Bean Soup this week, too. Older son finished it for lunch today, lol. He LOVES it, too. Will these coincidences never cease??? Lol.

Oh that is hilarious! We finished ours for lunch today too. :)