Turning a Failure Into A Success! OR The Bathroom Floor SAGA....

It was just today that I read part of a devotional by Sally Clarkson where she talked about praying in her room, spending time with the Lord and then came out to see her boys having a pillow fight by some precious keepsakes.  She asked, "How can I be praying one minute, communing with the Lord and be angry the next!"
That so rang true today in my life.  (Alli gave permission for me to post this. She said, "If it helps other people...."  Love my girl.) 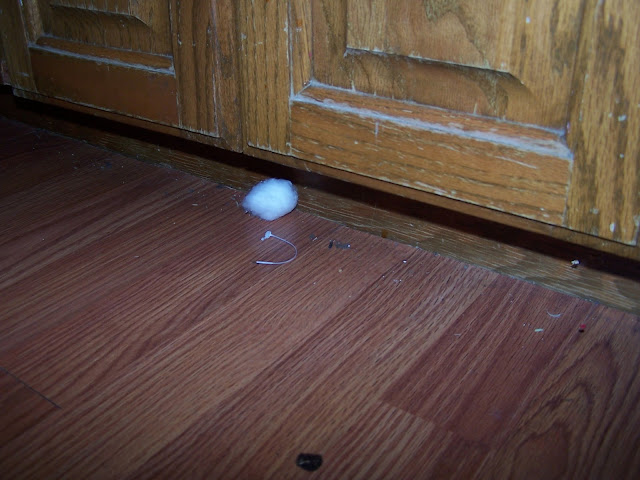 (yes, it was really that dirty!)
Miss  Alli has been home almost 2 years!  March 2nd is coming up very soon, and the stresses of the years before her coming to us, were apparent today.  We have been seeing some hyper vigilant behavior, some old behaviors that have not been around for a long time and a general sense of anxiousness.
She had been holding it together quite well, with little bits of fizz from that shaken bottle of soda coming out just a smidge at a  time, until today.  It sorta poured out.

Today was one of those moments where I felt we needed to push through on a matter, even though I knew she was stressed. We always address behaviors that are disrespectful or dishonest.
Today it was BOTH.... I think, know I could have chosen a better time, as in.... not when she was upset.... that is standard! But no.... I had to go and shake that bottle and open the cap!  duh...

We have not seen her so upset in a very long time.  She had been called out on a 1/2 truth; and as you know, a 1/2 truth is a whole lie.  It was a very simple thing.
She was supposed to sweep and clean the bathroom floor.  It has looked the same since Sunday.
So, I called to her and said, "Sweetie, you need to sweep and clean the bathroom floor."
She was very annoyed and said, "I DID IT ALREADY!"
Ummm. Really?
"YES!"
So, I pointed out to her the obviousness before both of our eyes, but she refused to look.  Instead she got mad.
So I tried a different approach.... "Maybe you THOUGHT you swept the floor?"
"NO, I ACTUALLY DID IT!"
Instead of saying something like, "I see you are out of sorts, let's take a few minutes so you can calm down, it's ok and reassure her that she is safe.....I chose to address the obvious that was before me, right then....
"Alli, I'm sorry, but you are not being honest!"  "To say you swept the floor when it is OBVIOUS that you didn't is not telling the truth, it is a lie."
Now, had I waited, all would have gone well, I am convinced of that.  But I didn't feel like waiting.

The lie and disrespect needed to be addressed, just not in the heat of the moment.

I want to say that I ALWAYS want to err on the side of grace when it comes to issues like lying. I want to make SURE they fully understand and get what I am saying and what they are saying.
So if I wasn't SURE.... I would not call somebody out on it.
OH BOY! She was hoppin' mad!  Then came more disrespect. "You're are just TRYING to MAKE ME MAD!" "YOU PUT THAT DIRT ON THE FLOOR!"   (I'm not kidding)

And then I became angry. "NO! I didn't... and YOU are being disrespectful now!"
I told her I was angry and that it was wrong for her to be so out of control.... (as I felt like I was losing control).  And then I told her, mama needs to take a break here. I'm not happy about raising my voice.  She remained in the bathroom and I went in the other room.

She was sitting on the bathroom floor angry and defensive.
I threw up a prayer and went back in with the broom.  I asked her to please show me how she had swept the bathroom floor. I really wanted to see. Maybe I had not taught her well enough.  After numerous refusals, she finally did.  It was almost humorous that she showed me truthfully how she did it.  It was  basically two limp swipes with a broom and that was it.

So, I replied, "I see."   "You didn't sweep or clean the floor."
She said, "I never said I did the corners or under the rug or cleaned up the spot!"  "I just said I swept the floor!"
By then she was much calmer.
I tried to use an object lesson.....
"Let's pretend you were in a court of law and you were on trial for not sweeping the bathroom floor.  Pictures of the floor were passed around to the jury to see, and it was time for them to make a decision.  What decision do you think they would come up with?
She said, "They would say I didn't do it. But they would be wrong!" LOL

So I gave her more analogies:

If I were to ask, "Did you do your math and you said yes, but there were only 2 math problems done out of 50, would you be telling the truth?
If somebody brought their car to daddy to change the oil and he took out the filter and oil and then went on to something else, would that person's oil be changed?
If you did 10 dishes and put them in the dishwasher but there were 20 dishes in the sink, would the dishes be done?
She FINALLY said, "I understand mama; I'm sorry I didn't tell the truth."

While I was talking to her, I began to clean that floor and sweep it and show her once again the proper way to do it. We went on to the sinks, and toilet, trash, and putting out fresh towels.
I sat down with her for a little while longer and told her how much I want her to do well; how much I love her and SOOOO want her to succeed!  And that we will NEVER, EVER, EVER, GIVE UP, NEVER, EVER, EVER, EVER! EVER.
We snuggled a little bit and then addressed the disrespect.  She said she felt like I was just trying to "get her in trouble" so that is why she talked back.
WHY would you think that?
"I dunno?"  And she probably doesn't know.  Reassuring her that it is not in my heart to do that was all I could do. " I don't like chaos! I like peace!"

It was a good talk..... She apologized once again and there was a sense of peace as we prayed, confessed our fault to our Lord together, and prayed to heal her heart once again and create new and positive memories for this time of year.

Leaving us with a cliffhanger! Is that nice? :-D

Great couple posts here Christie - and you did well - very well! You and me - I think we were raised the same - but I think too that our parents didn't have the time / training / inclination / whatever - to get the resolution that you (and I when I'm regulated!!) got here. Our middle adopted has started a couple "shut down" type behaviors that are starting to drive me nuts...but I'll get there too!

Really good work on both your parts - and don't approaching anniversary's and birthdays just kind of suck? ;)