Our little 3 month old grandson  moved to town with his mama, papa and brothers........

He was a little surprised when he found out he was moving to Texas! 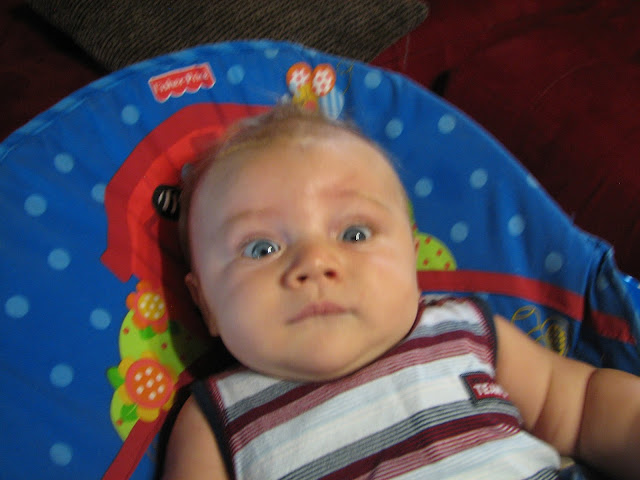 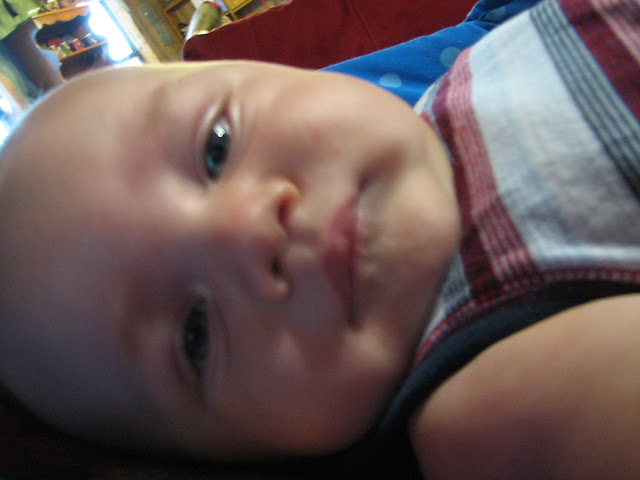 He began to contemplate how his political views would have to change! 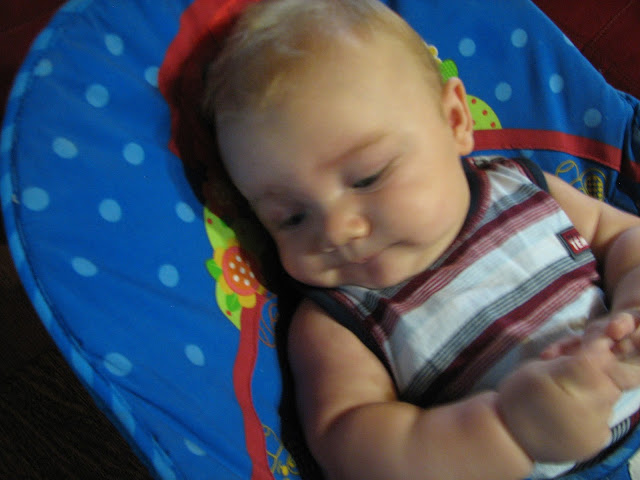 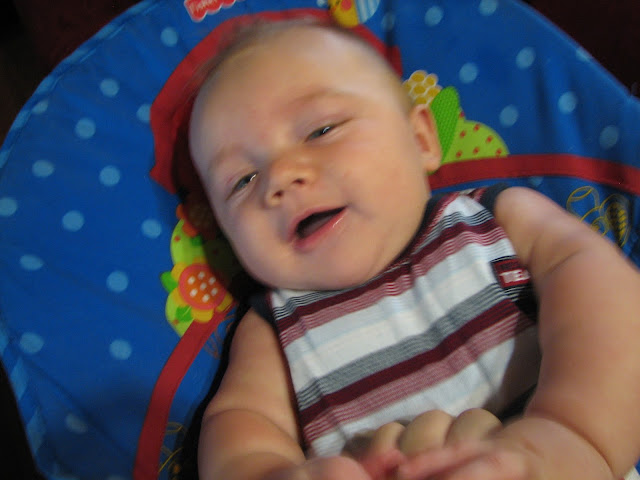 I think he has decided he likes it here! 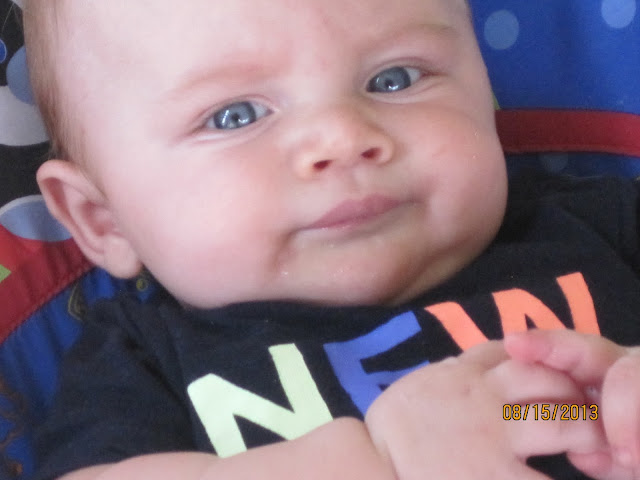