We were given a new Rooster because our other rooster was killed by a wild animal.  We named him Waldo. He was perfect!  And then, he disappeared! We only had him 2 weeks!  We have no idea what happened to him!  So we decided that our next rooster would NOT be named Waldo.  We needed a Rooster with Grit... TRUE GRIT!
So here is our new rooster, "Rooster Cogburn!" 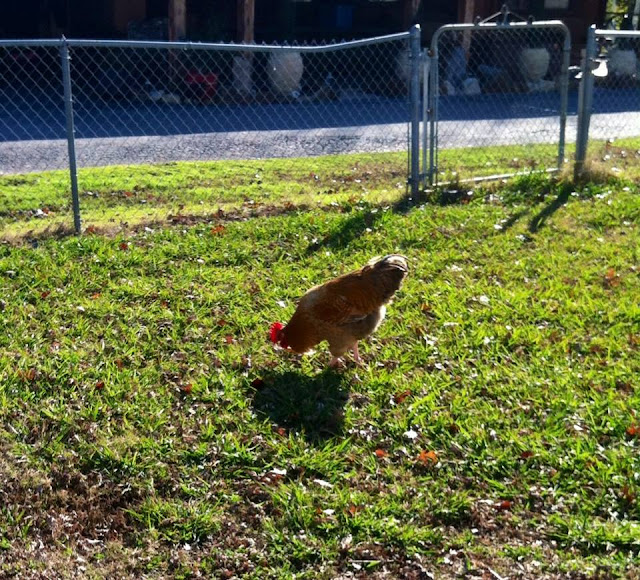