The Bread that Satisfies

Some thoughts from my brain: 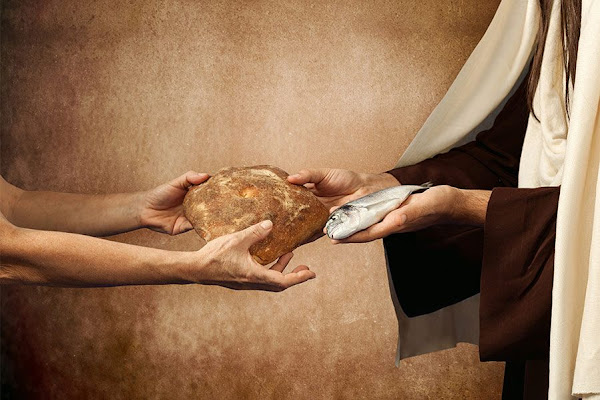 As we were reading in Numbers 21 today. Some verses leaped from the pages into my heart, and then these thoughts came. I would like to share them with you. Numbers 21:5-9. In the NKJV version: And the people spoke against God and against Moses: “Why have you brought us up out of Egypt to die in the wilderness? For there is NO food and NO water, and our SOUL LOATHES this worthless bread.” Now God had been giving the Children of Israel Manna from Heaven for years at this point. God was feeding them, and just before, in chapter 20, water comes out of a ROCK so the people could drink! Now in vs 6 of chapter 21, the Lord sends serpents that bite the people and many are dying. They go to Moses and confess that they have sinned against the Lord. Moses intercedes for the people and The Lord tells him to make a bronze serpent and lift it up on a pole. When the people are bitten, they can look a t the serpent and live. My thoughts went to Jesus in John 6:30-40. 29 Jesus answered and said to them, “This is the work of God, that you believe in Him whom He sent.” 30 Therefore they said to Him, “What sign will You perform then, that we may see it and believe You? What work will You do? 31 Our fathers ate the manna in the desert; as it is written, ‘He gave them bread from heaven to eat.’ ” 32 Then Jesus said to them, “Most assuredly, I say to you, Moses did not give you the bread from heaven, but My Father gives you the true bread from heaven. 33 For the bread of God is He who comes down from heaven and gives life to the world.” 34 Then they said to Him, “Lord, give us this bread always.” 35 And Jesus said to them, “I am the bread of life. He who comes to Me shall never hunger, and he who believes in Me shall never thirst. The crowd was asking him for a sign and say that God sent them manna from heaven. He goes on to tell them that HE is the bread of life. He tells them if they believe in Him they will never hunger or thirst. In Numbers, the Children of Israel said their very souls loathed the bread. In Isaiah the prophecy says the same thing. 53:3 He is despised and rejected by men, A Man of sorrows and acquainted with grief. And we hid, as it were, our faces from Him; He was despised, and we did not esteem Him. Another word for despised is loathed. We find that prophecy coming true in the gospels. Here are just a few verses: Matthew 12:14 But the Pharisees went out and conspired against Him, as to how they might destroy Him. Luke 6:11 But they themselves were filled with rage, and discussed together what they might do to Jesus. Matthew 21:45-46 When the chief priests and the Pharisees heard His parables, they understood that He was speaking about them. When they sought to seize Him, they feared the people, because they considered Him to be a prophet. Luke 20:20 So they watched Him, and sent spies who pretended to be righteous, in order that they might catch Him in some statement, so that they could deliver Him to the rule and the authority of the governor. And as we know, at the right time, that God allowed, Jesus was betrayed and crucified. He was lifted up on a cross, and to all who believe in His sacrifice for our sin, we have been granted eternal life. Finding the thread of the gospel in the Old Testament is fascinating! Connecting the events is even more fascinating. This scripture was never more clear to me than it was today. Look to Christ. He truly is the only one who can satisfy deepest need. He will cause us to never hunger or thirst again. Isaiah 55:1-2 “Ho! Everyone who thirsts, Come to the waters; And you who have no money, Come, buy and eat. Yes, come, buy wine and milk Without money and without price. 2 Why do you [a]spend money for what is not bread, And your wages for what does not satisfy? Listen carefully to Me, and eat what is good, And let your soul delight itself in abundance. And 55:6-9 Seek the Lord while He may be found, Call upon Him while He is near. 7 Let the [b]wicked forsake his way, And the unrighteous man his thoughts; Let him return to the Lord, And He will have mercy on him; And to our God, For He will abundantly pardon. 8 “For My thoughts are not your thoughts, Nor are your ways My ways,” says the Lord. 9 “For as the heavens are higher than the earth, So are My ways higher than your ways, And My thoughts than your thoughts. What a blessing to serve our Lord and Savior! He is the same yesterday, today and forever!
Posted by Christie M at 6:23 PM